What is Dog Aggression and How to Stop it? 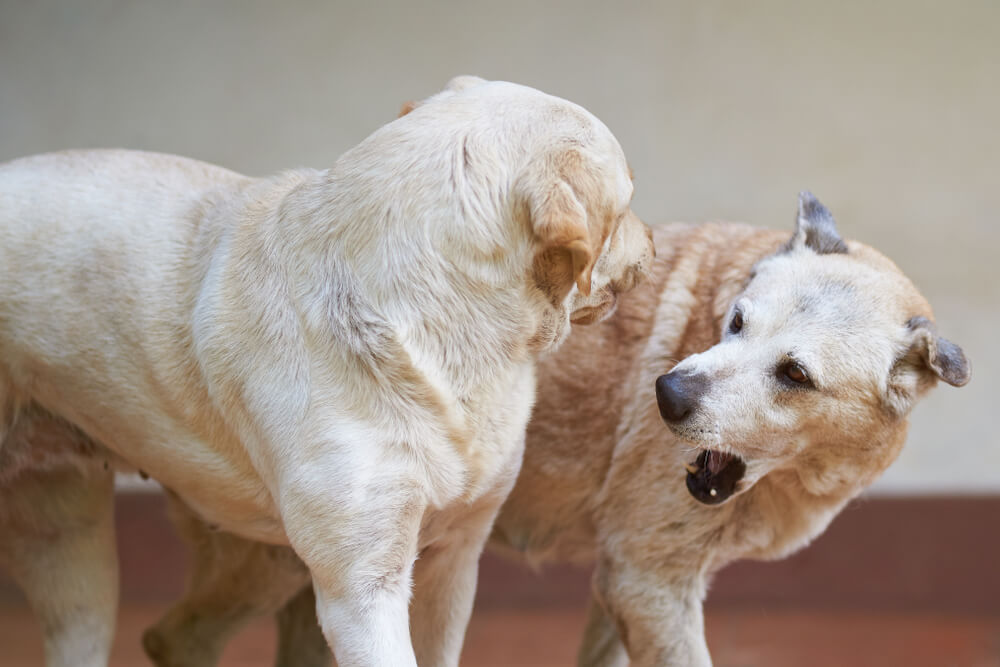 Introduction to What is Dog Aggression and How to Stop it

When it comes to dog aggression, most owners are in the dark.

They know their dog is acting out against someone or something, and they know that its wrong, but they dont know how to stop it.

Dog aggression is most commonly directed at a person or another animal. Your dog may be aggressive toward you, another person, or an animal.

There are all sorts of reasons why a dog might show aggressive tendencies, but the good news is that most aggressive behavior can be modified.

Aggressive behavior problems usually fall into one of two categories: dominance or fear.

The first thing to do is get to know your dog better. Take the time to learn about your pets body language and how she communicates.

Dogs that are aggressive toward other dogs often have owners who think it is cute when their puppy growls at other dogs.

This aggression can become a major problem when the dog is older.

When it comes to modifying aggressive behavior, the key is to be consistent and stay calm.

A dogs aggression is not the dogs fault.

The dog might be reacting to a situation that is not liked by them.

It involves aggressive behavior by dogs toward other dogs or people.

While many dogs show some possessive behavior toward other dogs or people, especially those that come into their territory, dog aggression is a more serious issue.

Dogs that are aggressive toward other dogs often have owners who think it is cute when their puppy growls at other dogs.

This aggression can become a major problem when the dog is older. 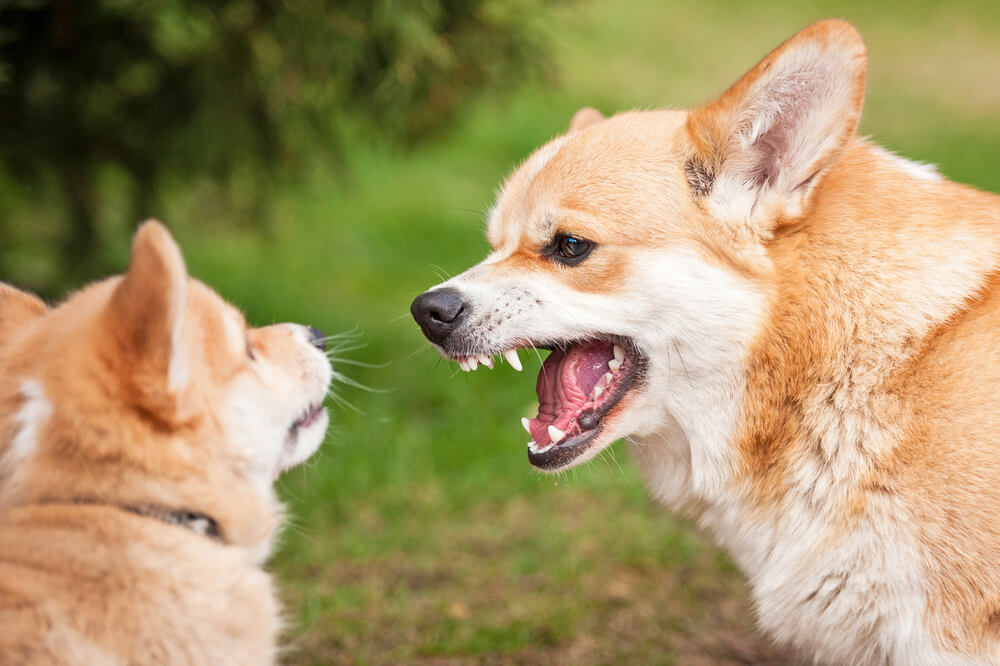 What Is Dog Aggression?

When someone says their dog is aggressive, the first thing that comes to mind is that they have a dog that bites, but aggression can mean a lot of different things.

Some canines keep their aggression toned down and never act out more than the occasional growl, while others can attack other dogs or even people.

Whatever the signs of aggression your dog displays, the most important thing is to understand what triggers the behavior.

There are many different reasons why a dog might be aggressive and knowing what the underlying cause is will make treatment easier and more efficient.

It is one of the more difficult to handle though. 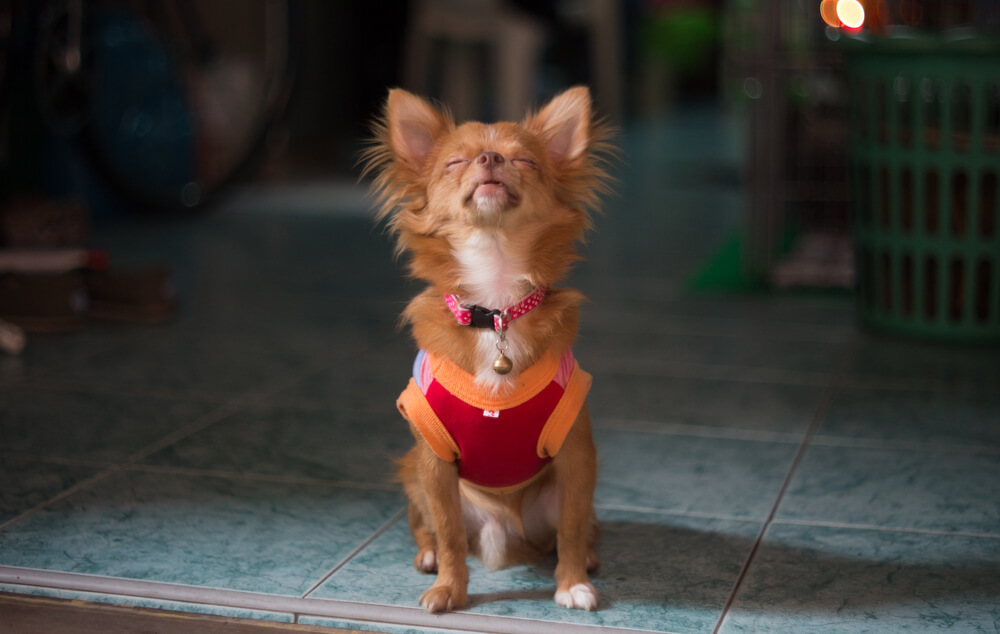 Signs of Aggression in Dogs

How can you tell if a dog is nervous to the point of being aggressive?

What kind of body language and signs is a precursor to an attack?

Knowing the answer to these questions can help you anticipate aggressive behavior, and, hopefully, stop it in time.

Apart from Sudden Onset Aggression syndrome, which is a rare condition, an aggressive attack can always be predicted by the specific behavior that precedes it.

Here are the most common signs of aggression in dogs:

To be able to truly understand how to stop dog aggression, youll need to find out what makes your dog aggressive in the first place.

Its very rare for a dog to become violent out of nowhere.

Most often, the main culprit is a lack of proper socialization and training, but there are other causes that can contribute to this issue.

Here are the most common causes of dog aggression:

Maybe your feisty furball has a stressor that makes them rage, or they are acting out as a consequence of past trauma.

In case your dog suddenly starts acting aggressive, it might be their way of signaling theyre in pain.

But how are you to know, for sure, what is the cause of your dogs violent behavior? 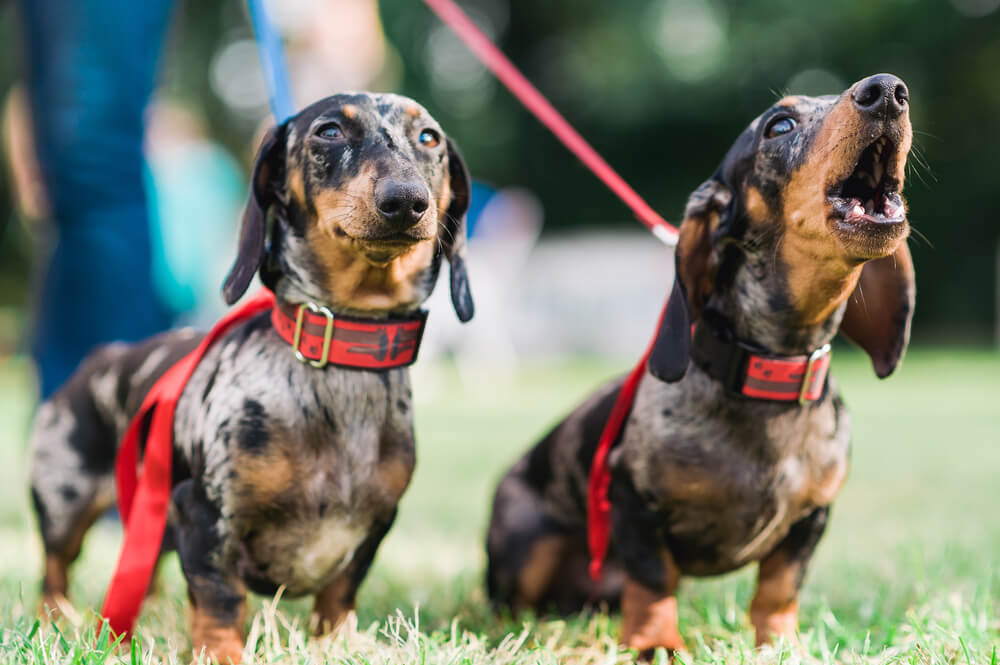 Why Do Dogs Behave Aggressively?

Aggressive behavior in a dog refers to any behavior connected with an attack or an impending attack.

Your first step toward stopping this behavior is to figure out what is causing your dogs aggression.

Some dogs growl as someone approaches them while theyre eating or chewing a bone, for instance. Others react aggressively toward children or strangers.

The aggression doesnt have to be directed toward a person either.

Some dogs become aggressive around other animals, only specific animals, or toward inanimate objects, such as wheels on vehicles or yard equipment.

The key thing to keep in mind is that you cant come up with a plan to modify your dogs behavior until you know the reason behind it.

The dog defends its space or your home from what it deems to be an intruder.

The dog protects members of its pack against another animal or a person.

Mother dogs are also extremely protective of their puppies and may become hostile toward anyone who goes near them.

The dog protects food, chews toys, bones, or another object of value to it. This is sometimes called resource guarding.

The dog is fearful and tries to retreat in a scary situation, but then attacks when cornered.

Similar to fear aggression the dog attacks in defense of something rather than trying to retreat first.

These dogs have generally given other, more subtle, indications that they want to be left alone before biting, such as turning their head away.

The dog reacts aggressively to other dogs in social situations.

Dogs that are not socialized properly with other dogs and people may also exhibit aggression.

The dog behaves aggressively when its restricted on a leash or in a fenced yard.

When the dog becomes stimulated and can not act on that stimulation, it may act out.

Sometimes a dog may become overly excited, such as before a walk, and nip its handler.

The dog might become aggressive toward a person who attempts to break up a dog fight.

It may also happen when the dog cant reach the target of its hostility, such as a neighboring dog on the other side of a fence.

The dog shows aggression when its injured or in pain.

Two male dogs or two female dogs become aggressive when vying for the attention of a mate.

This applies to intact animals and can be avoided by spaying and neutering dogs.

The dog behaves aggressively without much warning when exhibiting predatory behavior, such as when chasing wildlife.

This instinct may become a serious danger when a child is playing chase with the dog.

It may start out as an innocent game, but dogs with predatory aggression may quickly turn on and possibly bite the child. 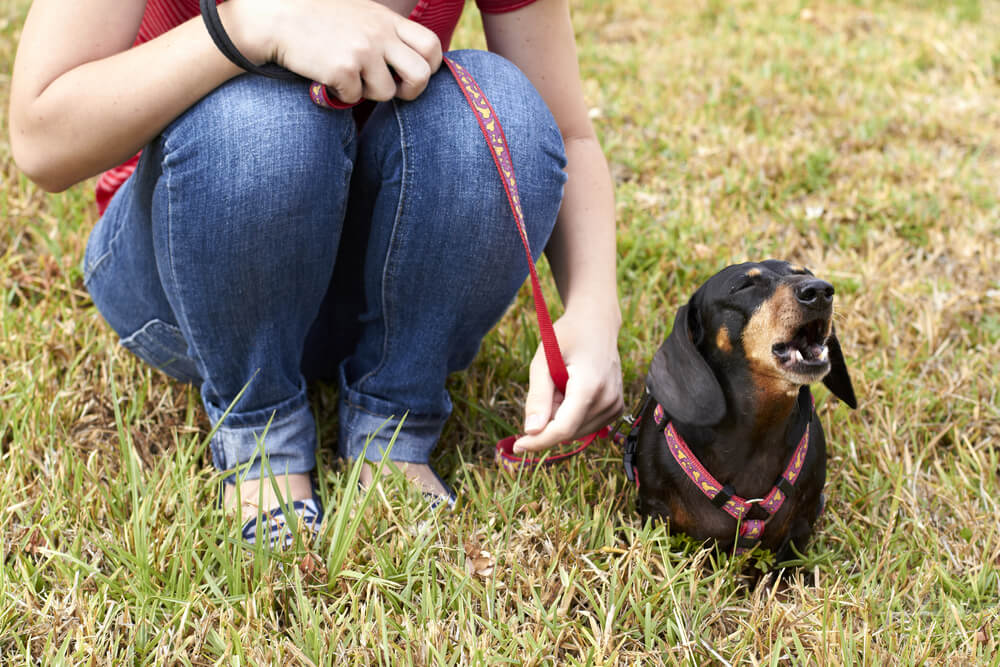 How To Help A Reactive Dog? 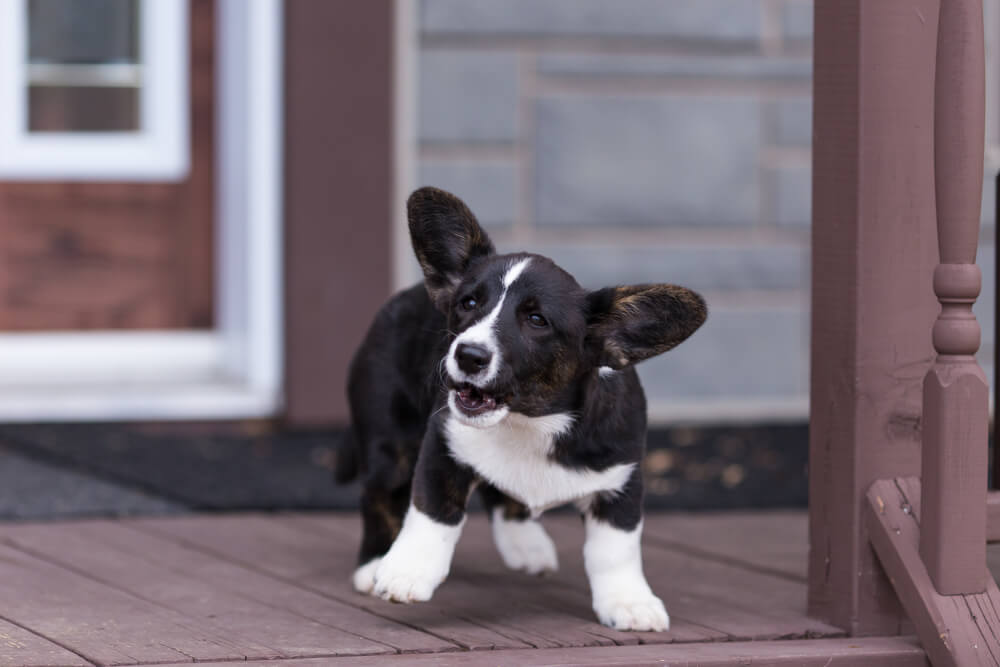 How to Stop Aggression

Make a note of when your dog becomes aggressive and the circumstances surrounding the behavior.

This will play an important part in determining your next step.

It is essential to deal with the underlying cause of the aggression.

The behavior is just a symptom of an underlying problem.

There are a number of ways you can manage hostility and help your dog remain calm.

It will take time, consistency, and possibly the help of a professional. Dogs that arent normally aggressive but suddenly develop aggressive behaviors might have an underlying medical problem.

Health problems that may cause aggression include hypothyroidism, painful injuries, and neurological problems such as encephalitis, epilepsy, and brain tumors.

Talk to your veterinarian to determine whether this is the case with your dog.

Treatment or medication may make big improvements in your dogs behavior. 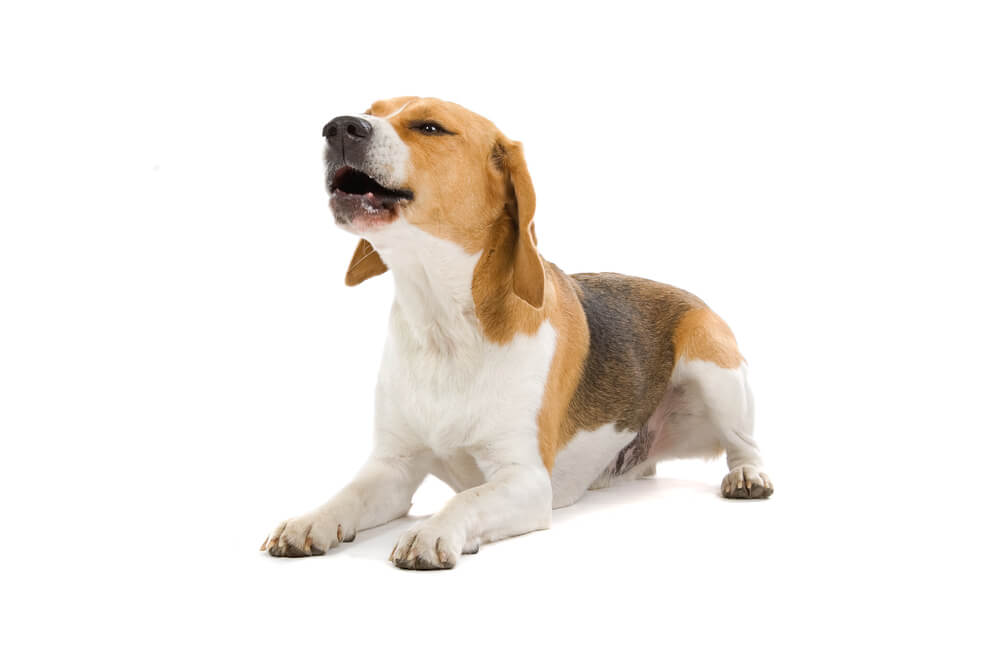 Punishing your dog for aggressive behavior usually backfires and can escalate the aggression.

If you respond to a growling dog by hitting, yelling, or using some other aversive method, the dog may feel the need to defend itself by biting you.

Punishment may also lead to your dog biting someone else without warning.

If you punish a dog for growling, he may not warn you the next time he gets uncomfortable, but may simply bite. 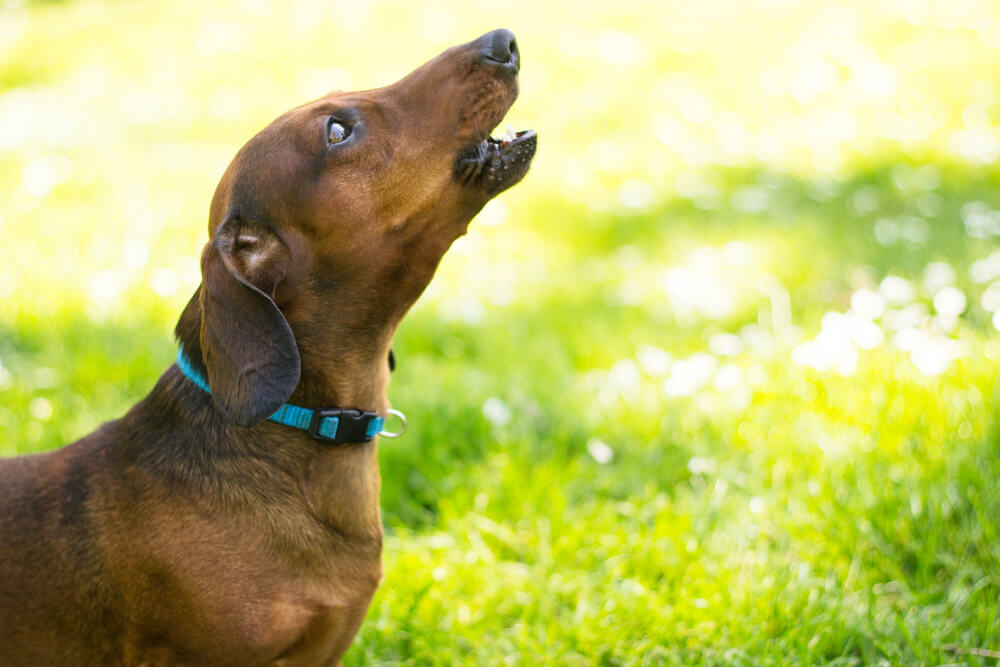 Call in a Professional

If your vet has ruled out a medical problem, its time to call in a professional dog trainer or animal behaviorist.

Because aggression is such a serious problem, you shouldnt attempt to fix it on your own.

A professional can help you figure out whats causing your dogs aggression and create a plan to manage it.