What are Dog Zoomies? Why Your Dog Runs Around in Circles? 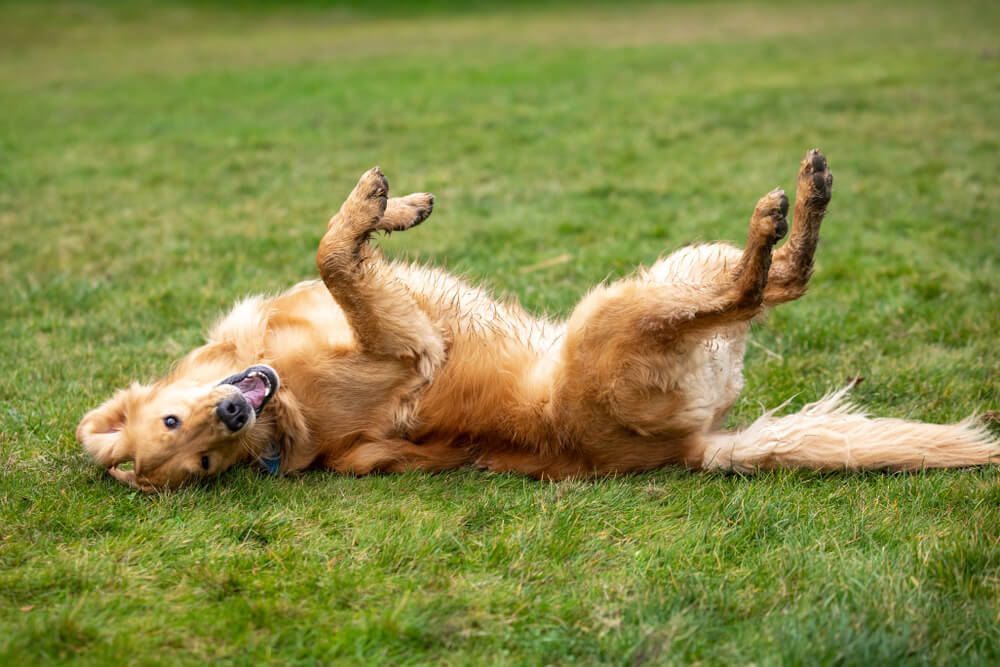 Introduction to What are Dog Zoomies? Why Your Dog Runs Around in Circles

A dogs zoomies are a blast to watch (and hard to resist joining in on), but they can be confusing for owners who are new to dog-watching.

So, what are dog zoomies?

Zoomies are a form of high-energy play that occurs when dogs are very excited.

They can look like jumping around, tail-wagging, and barking.

But zoomies are far more than just a good time they can also reveal some of a dogs deepest personality traits.

Zoomies are a dogs version of a runners high. It happens when a dog gets so excited and energetic that they run and run in circles.

Some dogs will also bark, jump, and roll around on the ground during a zoomie session.

Running in circles is actually an excellent way for your dogs body to get rid of pent-up energy and excitement.

The zooming helps to burn off excess energy and get a dog ready for a calming activity, like a nap.

The term dog zoomies or just zooming is the popular name for a dogs behavior where they run around in circles for no apparent reason.

Its important to note that dogs do this for several reasons, so if you think your dog is playing, excited, or just plain crazy, youre probably right!

Perhaps the most entertaining thing most of us have ever seen a dog do, dog zoomies are the activity of running in circles, usually accompanied by a lot of barking and frantic tail wagging.

Although there are several theories, dog zoomies are most commonly associated with the release of pent-up energy. 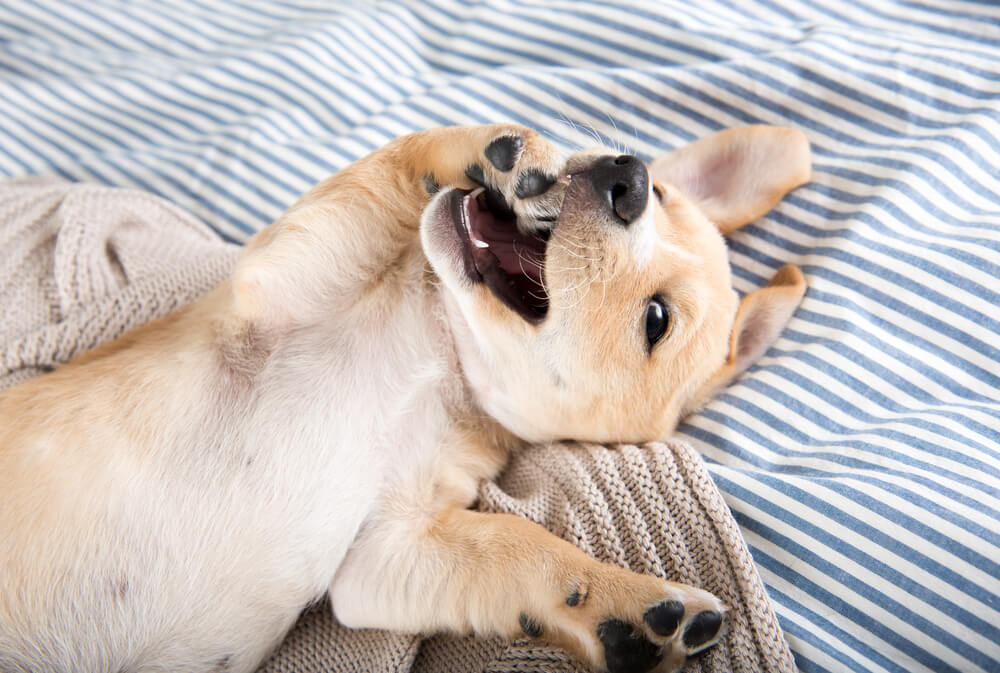 People often use the word crazy to describe the zoomies dogs do.

The dog will be oblivious to any damage, often crashing into tables and knocking chairs flying.

If hes outdoors in your yard, hell often race in a big circle at breakneck speed, leaning right over to turn as tight as he can.

And perhaps stopping on occasion to spin around and set off in the opposite direction.

The zoomies dont last long. But they can leave a trail of destruction behind them.

And for a new dog owner, they can be quite shocking.

So why do dogs run in circles like this?

We dont know exactly why some dogs are prone to frapping or getting the zoomies and other dogs arent.

We do know that the zoomies dogs do are more common during time periods when a dog is full of energy in other words he hasnt exercised for a while or has been shut in the house for a few hours.

Some dogs never get the zoomies, no matter how full of energy they are, and others get them frequently. So that isnt the only explanation.

Some dogs may have a particular trigger or triggers.

Such as after grooming, a game, or a bath.

Though if this is your dogs only trigger, this may not be a true case of the zoomies 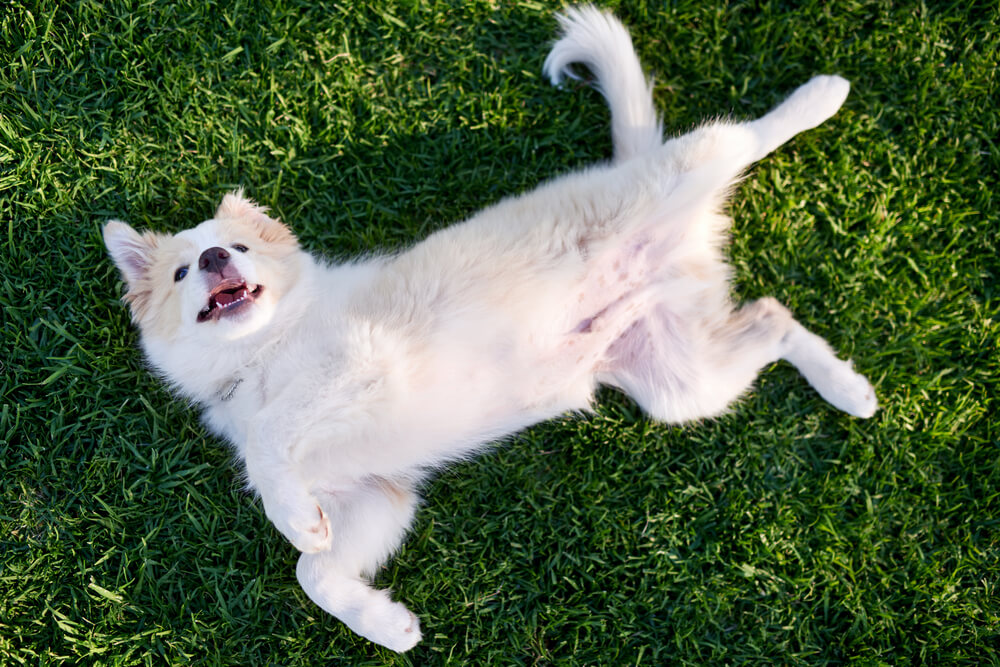 What Happens Before the Dog Zoomies Hit?

Before the zoomies hit, dogs often get a glint in their eyes, and they may start to play-bow at you or other dogs.

Dogs with the zoomies often run quickly from one side of the yard or room to the other, back and forth, or spin in circles until they fall down.

My youngest dog really enjoys trying to catch her tail when she has the zoomies.

While zoomies in dogs and the frantic movements your dog exhibits when they hit might seem concerning.

They are actually a normal part of happy dog behavior, and as long as your dog is zooming in a safe space, these FRAPS are nothing to be concerned about. 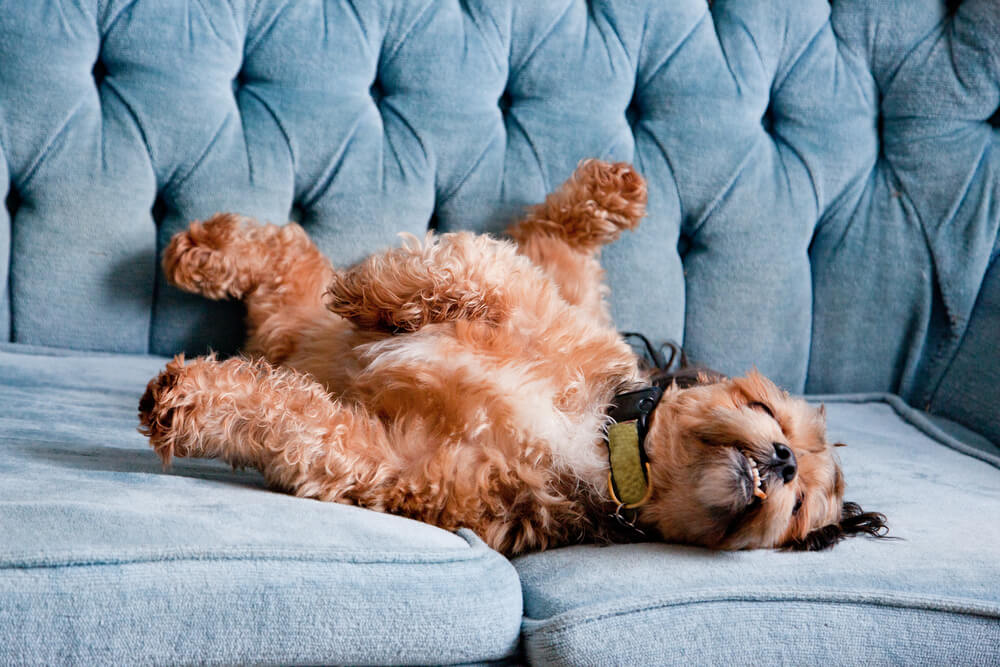 The most common causes of zoomies include overexcitement and pent up energy in puppies.

Most dogs will outgrow zoomies as they get older, and not all puppies will be plagued by this odd behavior.

Most owners tend to see a theme to the behavior either noticing zoomies around the same time every day or, as part of some other regular routine, until the behavior is outgrown.

Many pet owners observe puppy zoomies before bed, this is likely due to pent up energy that your puppy is trying to release before settling for the night.

Zoomies after a bath

Similarly, some dogs will run around wildly in a rush of adrenaline after bath time. This adrenaline rush may be a combination of many factors from relief to simply trying to dry off.

For food-obsessed dogs, the anticipation of mealtime combined with the energy provided by the food creates a recipe for hyperactivity.

If your dog is nipping or biting during an attack of the zoomies, you need to change the way you manage him.

Avoid physically handling him, and stop any game you might have been playing.

He needs to have a chance to calm down.

If you can open a door and let the dog outside burn up some energy in your yard, then do so.

Have your dog wear a house line indoors, so that you can restrain him at arms length if you need to. 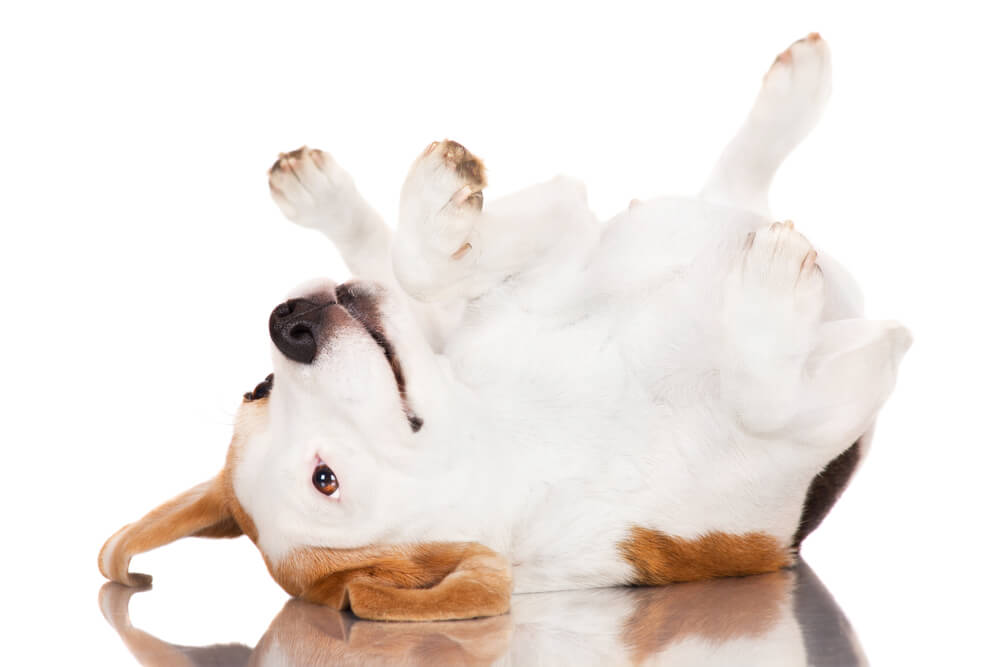 Are The Zoomies Harmful To My Dog?

Dog zoomies are not intrinsically harmful.

They wont give your dog a seizure or take him into some kind of permanent emotional meltdown.

Despite the clumsiness of dogs that get the zoomies, they dont usually hurt themselves in any significant way, especially outdoors.

The zoomies are also not usually a sign that they are sick.

If your dog has had the puppy zoomies on a regular basis since he joined your family, this is just normal for him.

Its how he lets off his extra energy. You dont need to worry. Except about your china.

However, if a previously very calm dog suddenly starts to run in circles on a regular basis, consider having a chat with your vet.

Especially if nothing has altered in the family routine that could have caused her to have some extra energy to let off.

This change in behavior could possibly be a sign of another problem. 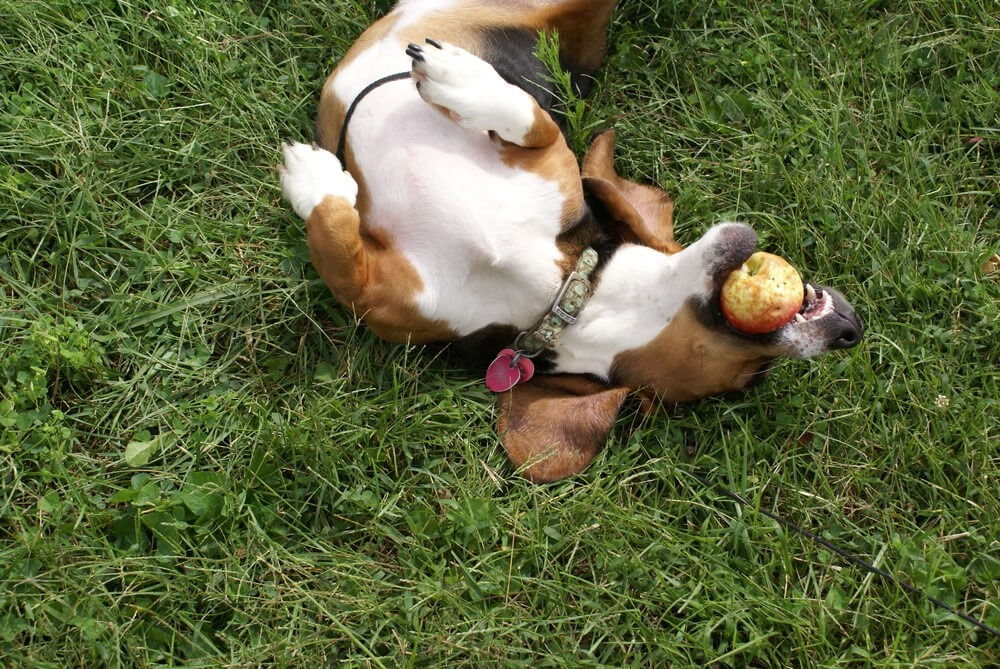 Are The Dog Zoomies Dangerous?

As weve seen above, zoomies dogs are not usually a danger to themselves.

But do be extra careful if you have a dog at a higher than usual risk of injury.

If your zoomie-prone dog has had stitches for any reason, for example, you might want to avoid any known triggers for his zoomies.

And to consider how to safely give him enough exercise, to reduce his pent-up energy.

Dogs with the zoomies dont usually crash into each other.

But if you have a second dog in the house who is frail, elderly, injured, or sick, you may want to protect them from a zoomie-inclined companion.

For example by escorting them to safety when the zoomies begin!

And equally, a dog with the zoomies could knock down a toddler or an elderly or unsteady adult.

This isnt common, but it is something for owners of high-energy dogs to be aware of. 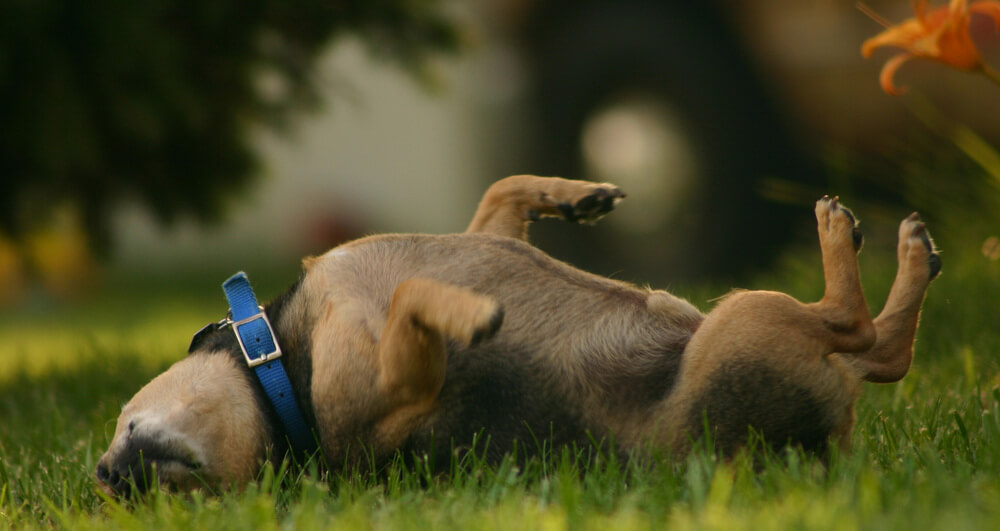 Why Do Zoomies In Dogs Happen?

Dog zoomies tend to hit puppies and young dogs more frequently than older dogs, but zoomies are a great way for dogs of any age to release pent-up energy.

Dogs get the zoomies for a variety of reasons when they are highly excited or aroused or after watching another dog engage in high-energy play.

Sometimes, dogs get the zoomies when they are confused or slightly stressed at a dog-training class, such as when the skills being worked on are challenging and they need to blow off some of that nervous energy.

For many dogs of all ages, bath time brings out the zoomies!

While dog zoomies are very natural for dogs, if they happen very frequently, it might be a good idea to think about how much exercise your pup gets, and if there are ways to add more structured exercise outlets into his day. 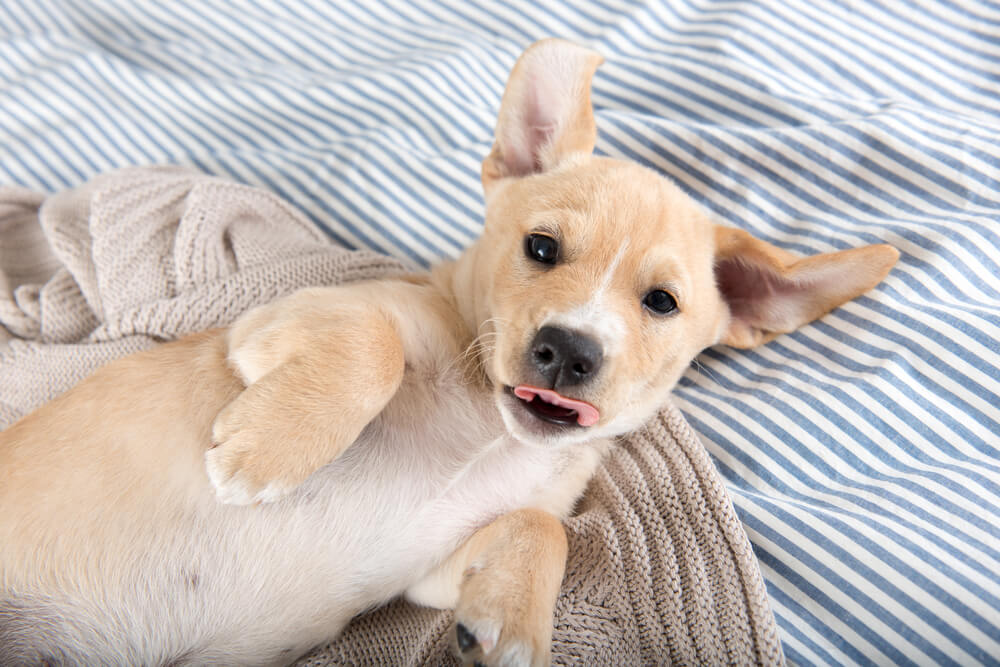 Zoomies are a natural part of behavior for dogs, and not something you should worry about preventing or discouraging, so long as your dog is zooming in a safe place.

This means inside your home or fenced yard, ideally on the carpet, and away from breakable items, or small children or elderly family members who could be accidentally knocked over by a large, zooming dog.

Try to avoid letting your dog zoom on hardwood floors or other slick surfaces.

While it might seem funny to see a frapping dog slipping and skidding on floors, it can be very dangerous as your dog could slip and injure himself.

So, instead of trying to control the zoomies in dogs, control the environment in which he zooms. 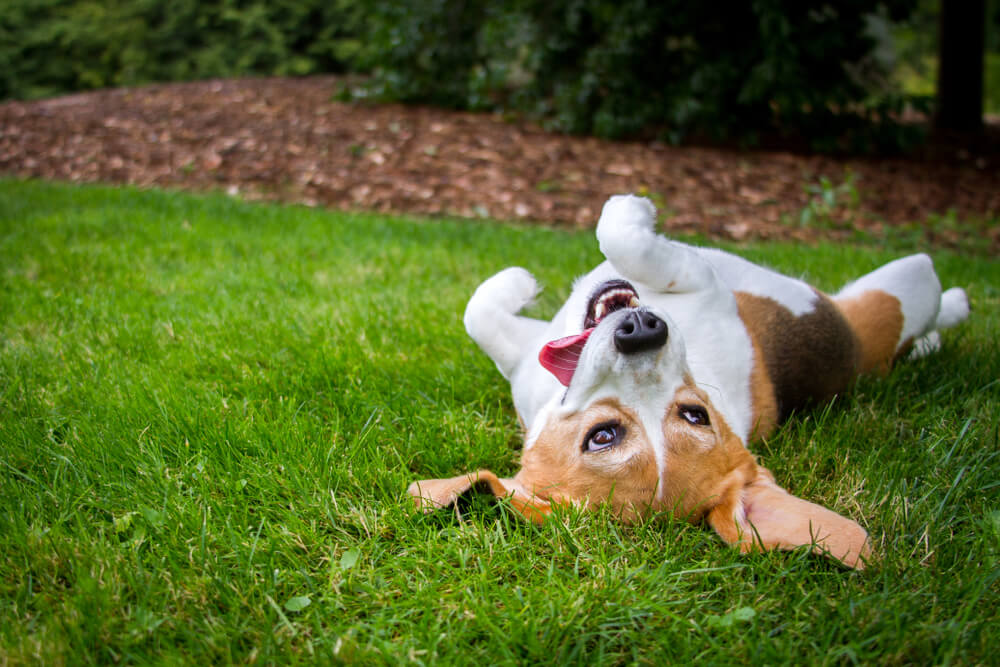 Never Chase A Dog With The Zoomies

Sometimes the dog zoomies will strike your dog not just at a moment thats inconvenient, but at a time or place thats actually dangerous, like off-leash at a dog park that isnt fenced.

In a situation like that, you need to catch your dog quickly, and when a dog has the zoomies he might forget his training.

The most important thing, which seems counterintuitive, is not chasing after a frapping dog.

If you chase your dog, he is likely to misinterpret this as you playing with him.

That will inspire him to continue running!

Instead of chasing your dog, run away from him and encourage your dog to follow you in a happy voice.

Its good to be prepared for this moment, and make sure to have high-value treats and/or toys on you at all times.

On a related note, teach your dog that come is always a fun idea.

To do this, regularly practice recalls with your dog on a long line or in a safely fenced area using treats, praise, and other positive techniques to teach your dog to reliably come.

Never punish your dog for not coming when called, instead set up training situations that enable him to be successful next time by decreasing distractions, adding a leash or longline, decreasing the distance you are from your dog when you call her, and using a higher value treat as a reward.

How To Prevent Dog Zoomies

Because dog zoomies are normal behavior you dont need to do anything, other than help your dog learn to express this behavior in your yard, rather than around your coffee table.

But, you may find that offering your dog more ways to dispel his energy helps to reduce frapping episodes, or even stop him from doing it altogether

Exercise will help to prevent zoomies. Dogs wont normally zoom when they are physically tired.

Mental stimulation helps too. Dogs may be more prone to zoomies when they are bored.

Most dogs are more likely to have zoomies when they are already in a playful or excited state.

So learning how to calm a puppy or an older dog will help you.