Dog Seizures: What to Do When Your Pup Has One 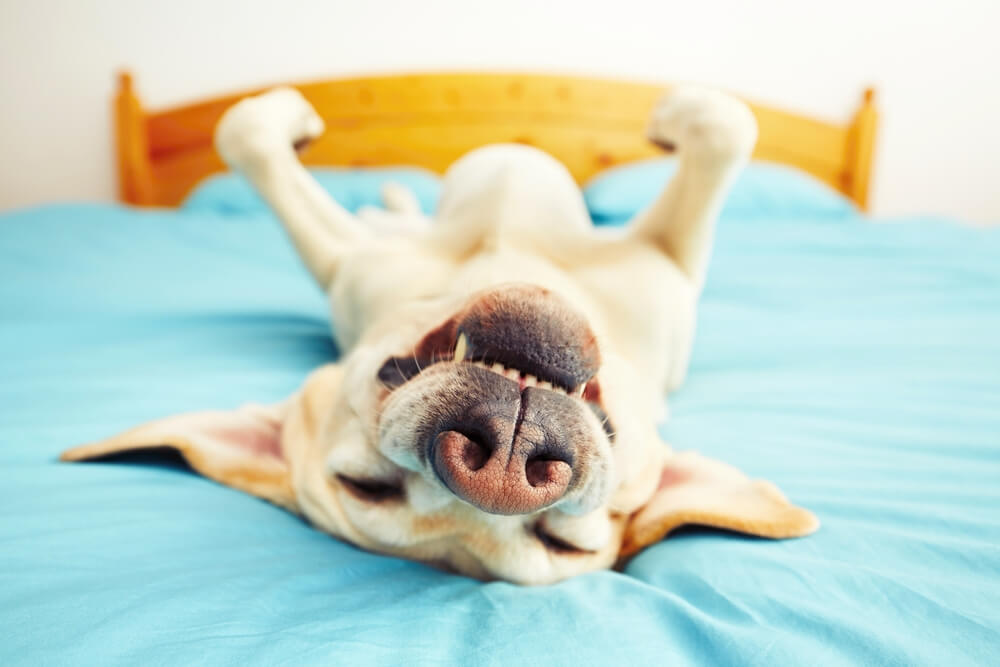 Introduction to Dog Seizures: What to Do When Your Pup Has One

Then they flop to the floor.

Even though they are not aware of what is happening, they look like they are treading water.

They are having a seizure.

Why is this happening, and what can you do?

If your dog has them often, they may have a seizure disorder.

Another name for that is epilepsy.

Abnormal, uncontrolled bursts of electrical activity in your dog’s brain cause seizures, affecting how they look and behave.

Seizures can look like a twitch or uncontrollable shaking and can last from less than a minute to several minutes.

There are few things as alarming for dog owners as witnessing your pup having a seizure.

These situations can make us feel helpless and out of control, but there are steps you can take to help your dog recover safely.

Seizures in puppies can be a scary experience for both you and your pets.

While puppy seizures are not common, canine seizures and epilepsy in dogs can have different causes, different symptoms, and various treatments. 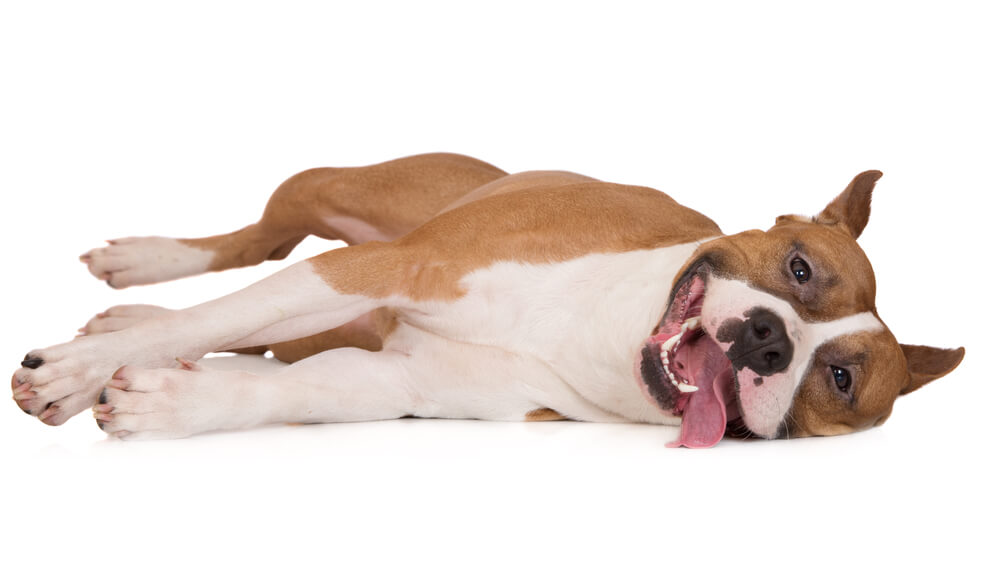 Seizure is a kind of biological power surge that blows out the breakers of the brain.

Neurons carry tiny electrical messages from the brain throughout the nervous system.

A seizure happens if they “misfire.”

The pup falls, loses bodily control, may urinate or defecate, and vocalize while the legs paddle, twitch, or jerk.

Most seizures last only a few minutes and are more frightening than they are dangerous. 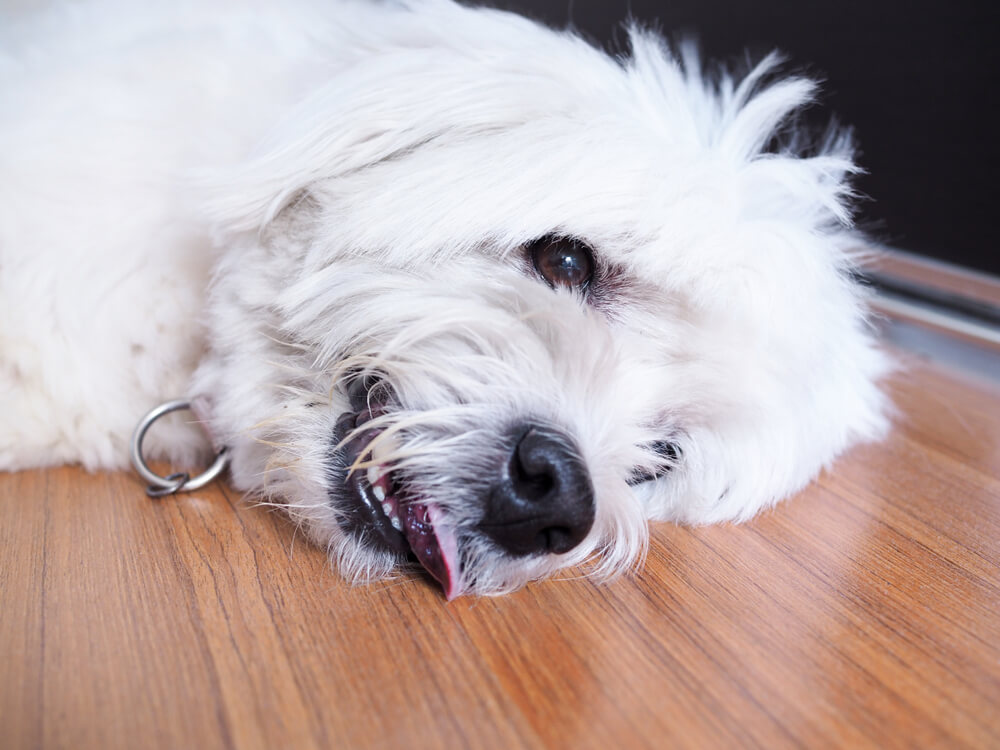 How Common Are Seizures?

Epilepsy is considered rare in dogs.

But some experts estimate as many as three to four percent of all dogs suffer from epilepsy, a figure that is much higher with some breeds.

Seizures that first appear prior to age two likely are inherited.

However, any breed of puppy, including mixed breeds, is not immune to suffering from seizure disorders. 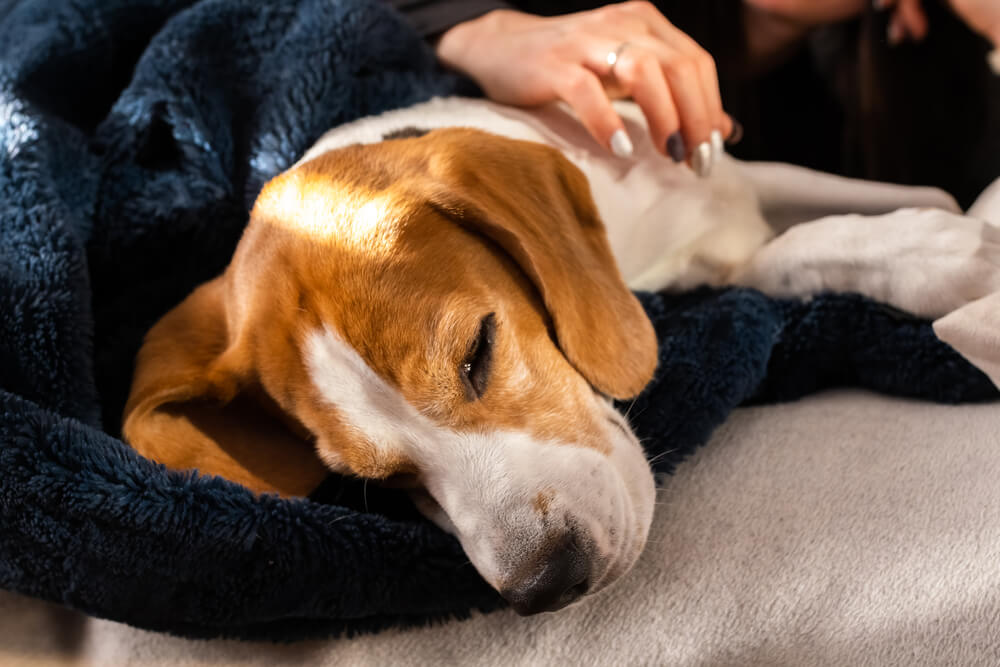 What Can Cause Seizures in Dogs?

Injuries from head trauma can cause scar tissue in the brain that prompts seizures.

Nearly any serious illness but most pet seizures about 80 percent have no apparent cause and are termed idiopathic.

Dogs act perfectly normal between episodes, but seizures that are frequent and interfere with the pet’s quality of life call for medication to reduce the frequency, shorten the duration of each seizure, or reduce the severity of the seizures with the least amount of side effects.

In severe cases, reducing episodes to only one or two a month is considered a success. 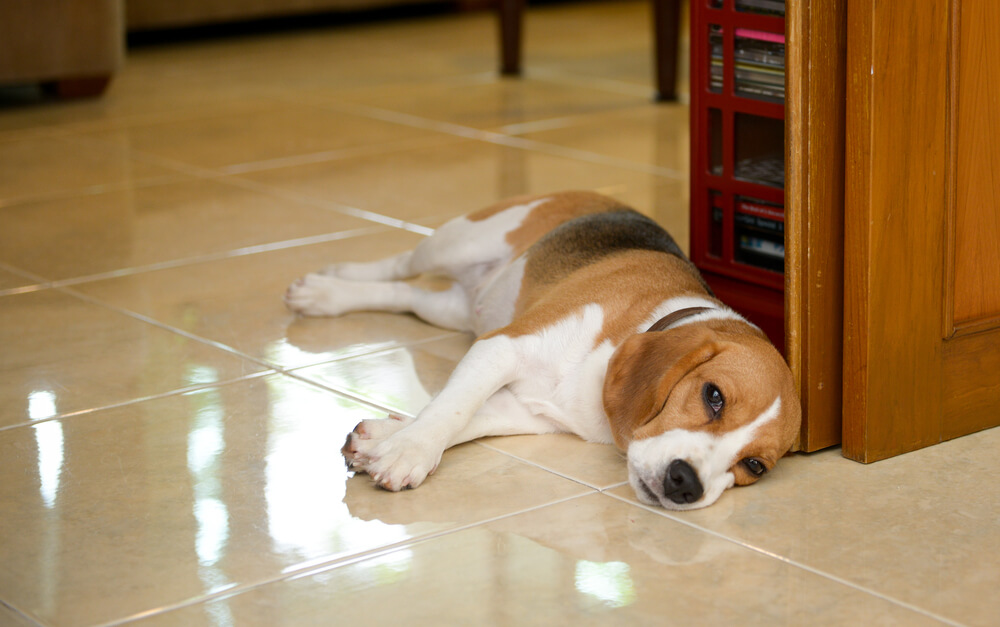 What Are the Symptoms of Seizures?

Symptoms can include collapsing, jerking, stiffening, muscle twitching, loss of consciousness, drooling, chomping, tongue chewing, or foaming at the mouth.

Dogs can fall to the side and make paddling motions with their legs.

They sometimes poop or pee during the seizure.

Some dogs may look dazed, seem unsteady or confused, or stare off into space before a seizure.

Afterward, your dog may be disoriented, wobbly, or temporarily blind.

They may walk in circles and bump into things.

They might have a lot of drool on their chin.

They may try to hide. 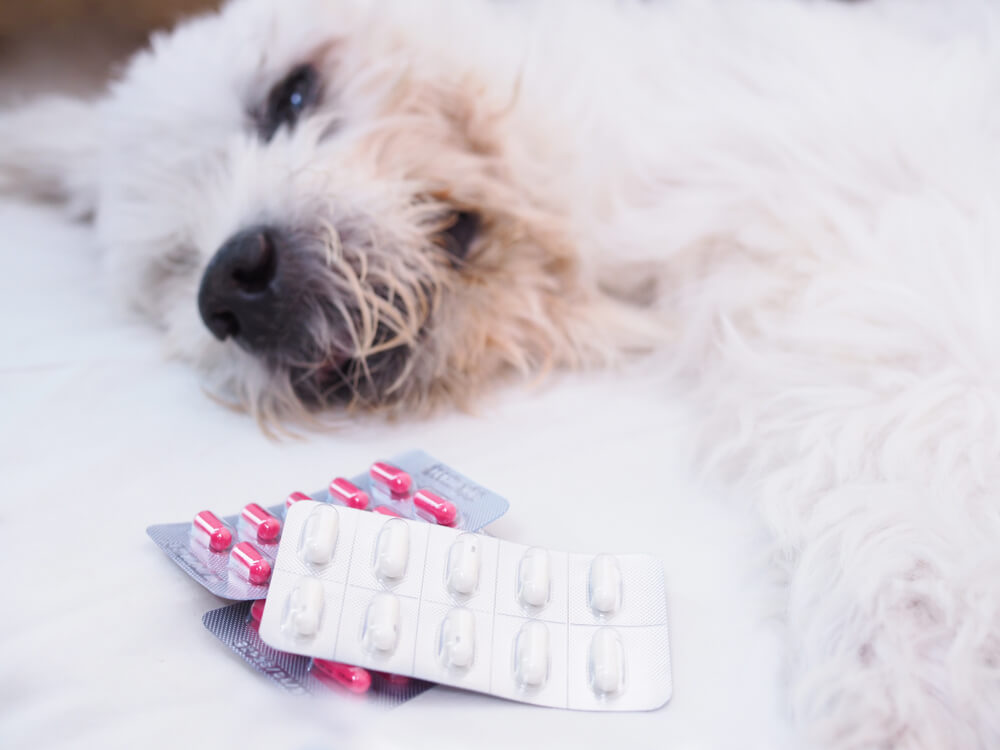 What Are the Types of Seizures?

The most common kind is the generalized seizure, also called a grand mal seizure.

A dog can lose consciousness and convulse.

The abnormal electrical activity happens throughout the brain.

Generalized seizures usually last from a few seconds to a few minutes.

With a focal seizure, abnormal electrical activity happens in only part of the brain.

Focal seizures can cause unusual movements in one limb or one side of the body.

Sometimes they last only a couple of seconds.

They may start as focal and then become generalized.

A psychomotor seizure involves strange behavior that only lasts a couple of minutes.

Your dog may suddenly start attacking an imaginary object or chasing their tail.

It can be tricky to tell psychomotor seizures from odd behavior, but a dog that has them will always do the same thing every time they have a seizure.

They usually happen in dogs between 6 months and 6 years old.

Although any dog can have a seizure, idiopathic epilepsy is more common in border collies, Australian shepherds, Labrador retrievers, beagles, Belgian Tervurens, collies, and German shepherds. 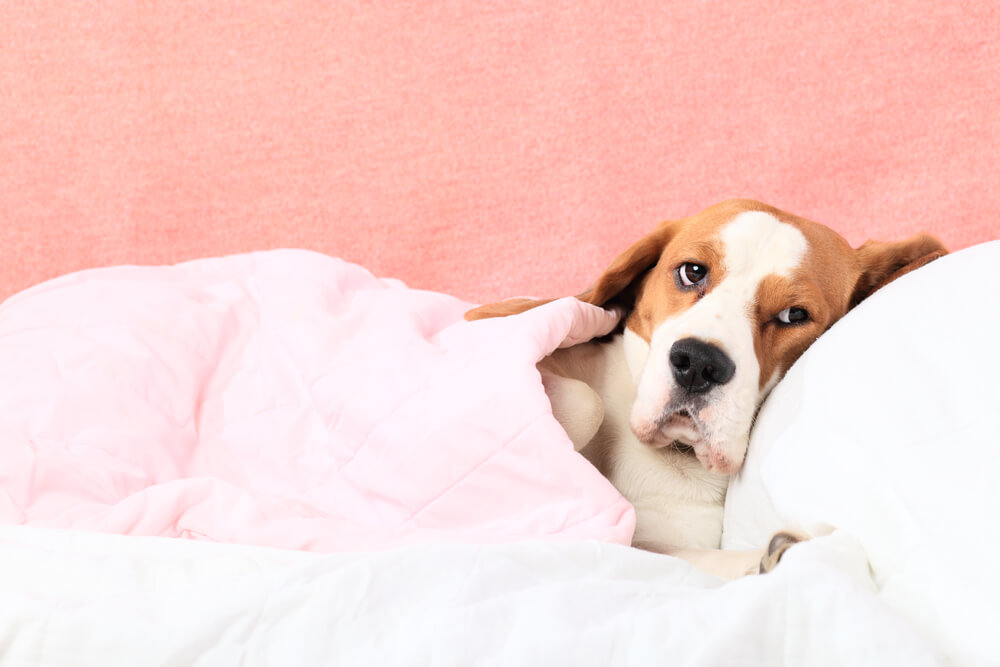 What Should I Do if My Dog Had a Seizure At Home?

First, try to stay calm. If your dog is near something that could hurt them, like a piece of furniture or the stairs, gently slide them away.

Stay away from your dog’s mouth and head; they could bite you.

Don’t put anything in their mouth. Dogs cannot choke on their tongues. If you can, the time it.

If the seizure lasts for more than a couple of minutes, your dog is at risk of overheating.

Turn a fan on your dog and put cold water on their paws to cool them down.

Talk to your dog softly to reassure them.

Avoid touching them they may unknowingly bite.

Call your vet when the seizure ends.

If dogs have a seizure that lasts more than 5 minutes or has several in a row while they are unconscious, take them to a vet as soon as possible.

The longer a seizure goes on, the higher a dog’s body temperature can rise, and they may have problems breathing.

This can raise their risk of brain damage. Your vet may give your dog IV Valium to stop the seizure. 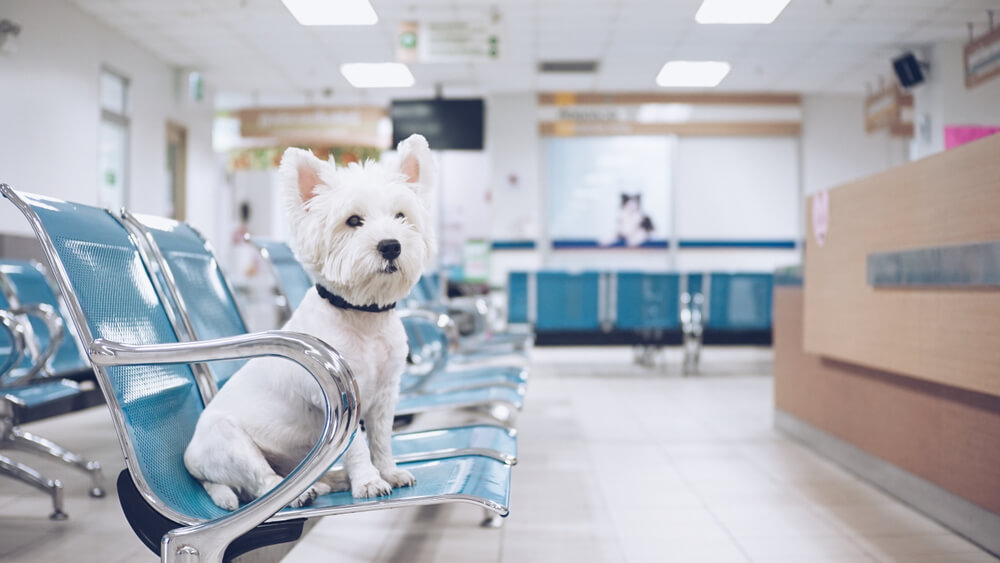 Seizures are not uncommon in dogs.

Some breeds are much more prone to having them than others, but all breeds can suffer from seizures at some point in their lives.

Seizures in dogs may be caused by a variety of factors, including diet, age, hereditary problems, underlying disease, and more.

They may also be caused by epilepsy.

Only your vet can tell you for sure what causes your dog’s seizures as well as how to treat them.

However, the next time your dog goes through a seizure, you’ll be prepared to help him through it every step of the way when you keep the above tips in mind.

Contact your nearest VET location if you have any questions.

You will always speak directly to a qualified veterinarian. 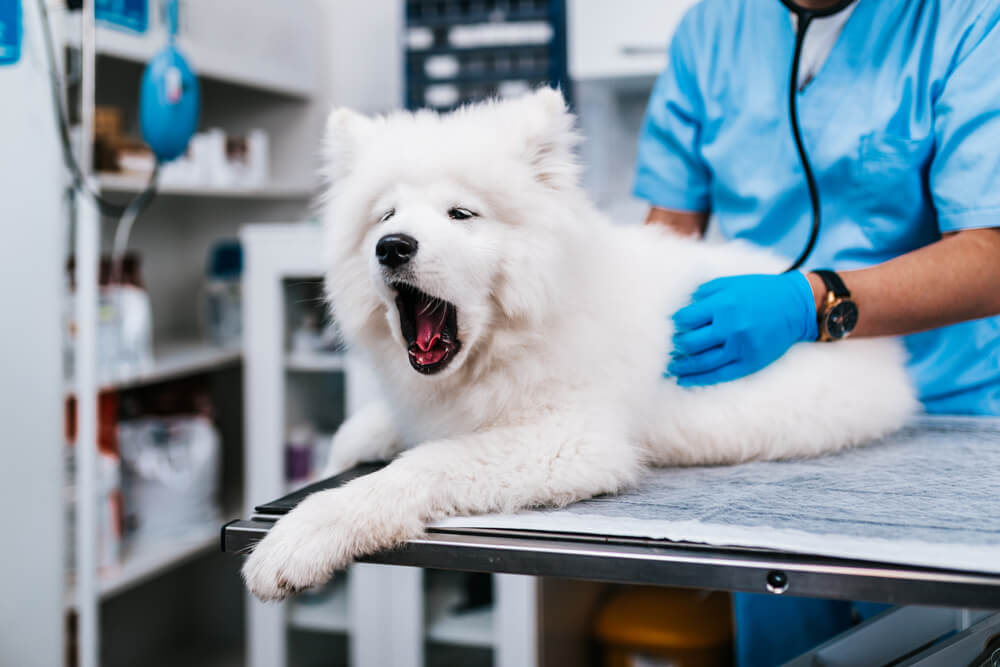 How Puppy Seizures Are Treated?

Some of the same human medications for controlling seizures are also used in veterinary medicine.

Phenobarbital and primidone are commonly given to dogs.

Dilantin, which works well in people, is metabolized too rapidly in dogs to be particularly helpful.

Your veterinarian can help choose the best treatment plan for your pet.

Newer options may also be appropriate. Pets that suffer from psychomotor seizures have been helped with medications that control obsessive/compulsive disorders.

No one knows for certain how acupuncture works, but a major advantage is the lack of side effects such as depression or drowsiness often common with anticonvulsant medications.

Gold beads can be implanted at acupuncture points to induce long-term stimulation of these sites.

About 20 to 30 percent of epileptic pets don’t respond well to drugs, either.

But with treatment, most dogs can enjoy a good quality of life.

If your puppy develops seizures, get veterinary help as soon as possible.

If they’re caused by a health issue such as eating a poisonous plant, the puppy might never have another problem once treated.

But even if it turns out your pup has seizures throughout adulthood, chances are it’ll still enjoy a good quality of life.