Why Your Dog Isn't Eating & What You Can Do? 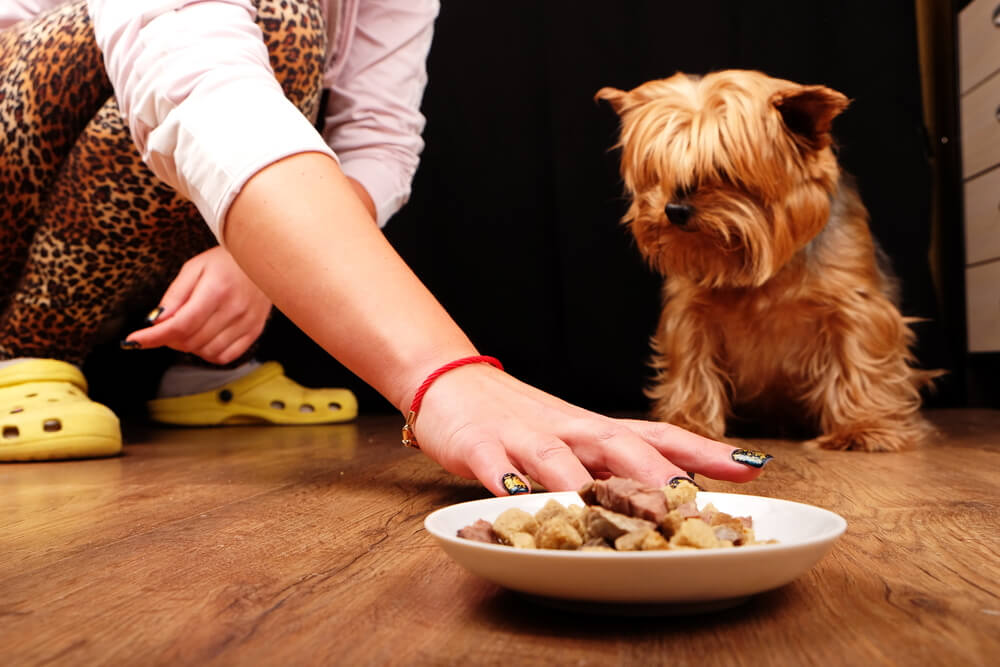 Introduction to Why Your Dog Isn’t Eating & What You Can Do?

Every dog owner has gone through the stress of wondering why their dog won’t eat and what they can do to fix it.

It’s important to figure out the cause so you can figure out what to do to solve the problem.

There are a variety of reasons for loss of appetite in dogs.

It’s important to determine the cause in order to design the best treatment plan.

The first thing to keep in mind is how you’re judging your dog’s appetite.

If you’re concerned because your dog isn’t eating as much as the guidelines state on the food you purchase, remember that these are only averages.

Many perfectly healthy dogs eat only 60% to 70% of the amount stated on the packaging.

Because loss of appetite in dogs can indicate illness, it is important to seek veterinary care if you notice changes in your dog’s eating habits.

It is especially important to respond promptly to a refusal to eat in dogs that usually eat well.

Even though most dogs can go a couple of days without food with no significant bad effects, it is best to address the problem as early as possible. 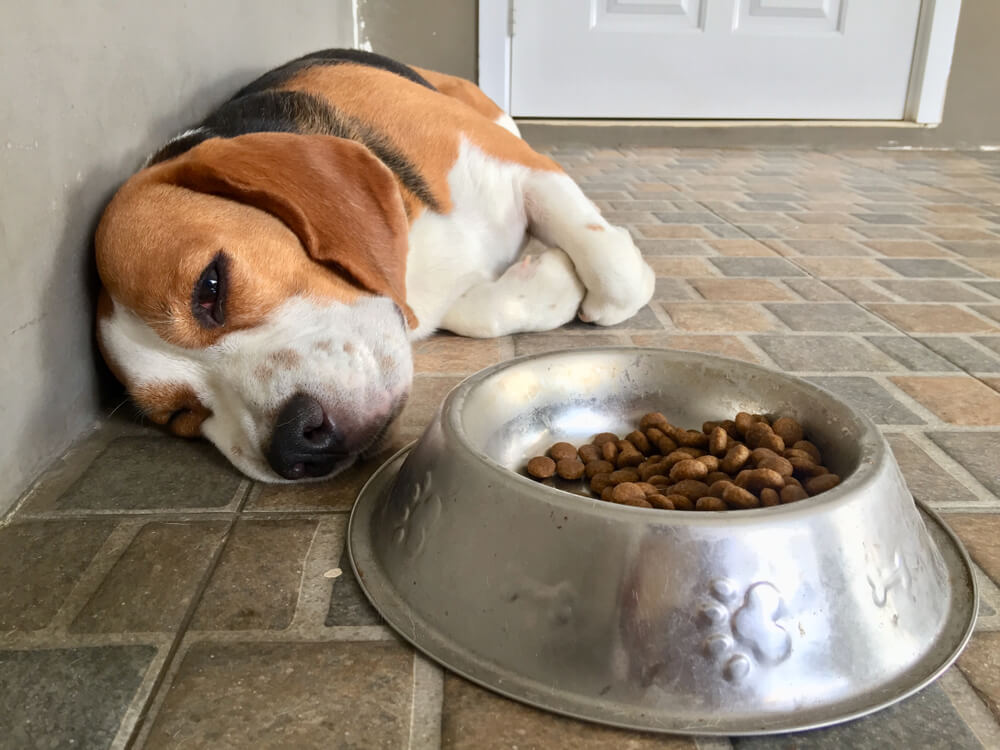 A decreased appetite in dogs is often a sign of sickness, especially if your dog is exhibiting other symptoms at the same time.

Although a loss of appetite in dogs doesn’t necessarily indicate serious disease, prompt veterinary attention is important because it could be a sign of significant illness, including cancer, various systemic infections, pain, liver problems, and kidney failure.

Your dog may not want to eat because something in its mouth is causing pain.

Have them checked for a broken or loose tooth, severe gingivitis, and even an oral tumor.

Fortunately, vaccinations are available for many serious and contagious dog diseases.

Although these injections have saved the lives of millions of pets in the past 100 years, they do sometimes have adverse effects.

The majority of these are minor and brief, including a temporary loss of appetite in dogs.

If your dog’s appetite was fine until you went on a trip with them or moved to a new location, it may be that your dog won’t eat because of traveling or the unfamiliar surroundings.

Some animals may get motion sickness, and others become nervous or uncomfortable in new places.

Some dogs are just picky, or their refusal to eat may be caused by feeding them in situations where they aren’t comfortable, such as around an aggressive dog or from a bowl at an uncomfortable height.

Because a decreased appetite in dogs may be caused by illness, never assume that your dog is picky without investigating other possibilities first. 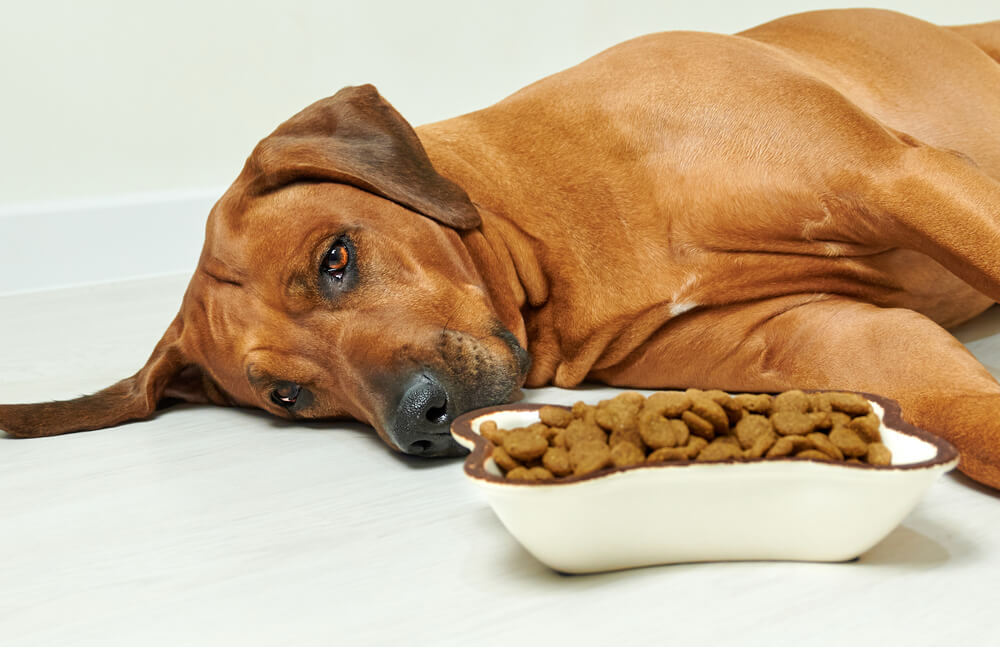 What To Do When Your Dog Won’t Eat?

What you can do to help when your dog won’t eat will depend on what you and your veterinarian determine to be the cause of the problem.

If your dog’s loss of appetite is caused by illness, the vet may recommend a prescription diet to meet your pet’s nutritional needs while the underlying disease is being addressed.

Sometimes these diets are not particularly tasty, especially if your dog is used to regular treats or people’s food.

If your dog is already ill, never starve your pet in an attempt to force it to eat the prescribed diet. Instead, talk with your veterinarian about alternatives.

In more severe cases, your vet may prescribe appetite-stimulating medications, recommend syringe-feeding a liquid diet, or insert a feeding tube.

If your dog’s decreased appetite is a behavior problem caused by pickiness or discomfort with mealtime, rather than the result of a medical condition, there are a number of things you can do to encourage your pet to eat. 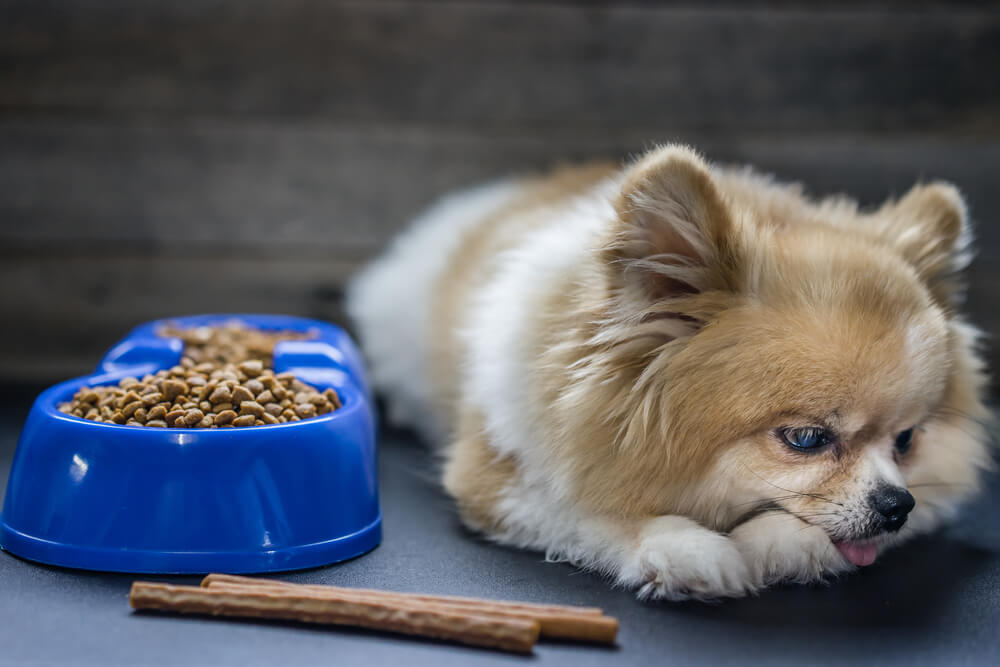 True anorexia is when your dog simply refuses to eat this is often associated with serious illnesses.

Pseudo-anorexia is another type that is when your dog is hungry and really wants to eat, goes to the food bowl, but can’t eat due to difficulty chewing or swallowing.

If your dog stops eating for a day or two but is otherwise active and alert, then it’s ok to keep a close eye on them initially.

You could offer them some bland home-cooked food like boiled chicken and rice, which is a tasty but easily digestible diet.

Try warming it up a little in the microwave, as this sometimes will entice them to eat.

Take away any leftovers that they haven’t eaten within 15 minutes and offering again a few hours later.

Avoid chopping and changing the diet and offering too many different types of food.

Sometimes a quick change in food can cause an upset tummy, which may complicate matters.

Be careful to avoid any toxic foods such as onions and garlic.

If your dog is quiet, not themselves, or displaying any other symptoms like vomiting, diarrhea, weakness, or lethargy; or has not eaten at all for 2 days then you should seek veterinary attention. 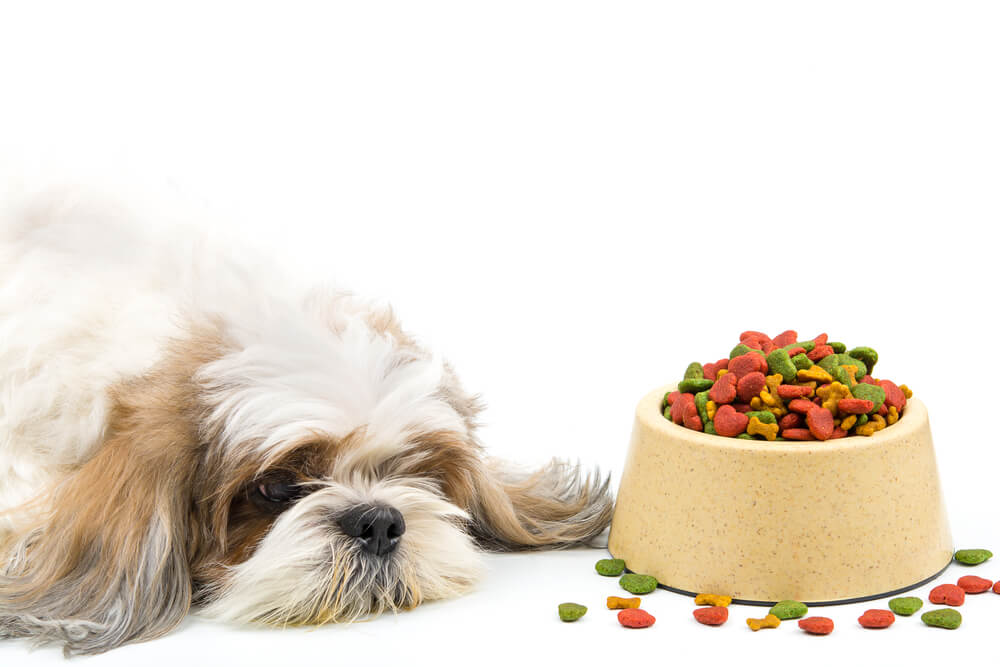 What Is The Treatment for Anorexia?

Treatment will very much depend on what the underlying cause of the anorexia is.

Often once this has been addressed, their appetite will return to normal.

Sometimes this may take a few days and additional measures may be required.

Depending on your dog’s condition your vet may give an injection or tablet to stimulate their appetite.

These need to be given with some care, as they don’t fix the problem they simply make the dog want to eat.

In some cases, if it’s going to be longer than a couple of days while your pet heals, or the treatment takes effect they may suggest placing a feeding tube.

This is passed into the esophagus (food pipe) so your dog can receive a liquid diet via the tube.

This isn’t permanent it’s just to keep them fed until they start eating by themselves.

If you are worried about your dog’s appetite, then don’t hesitate to get in touch with your vet.

Finding and treating the underlying cause is the best way to approach this situation.

To get your dog back up and about again.