Things You Didn't Know About the Dachshund 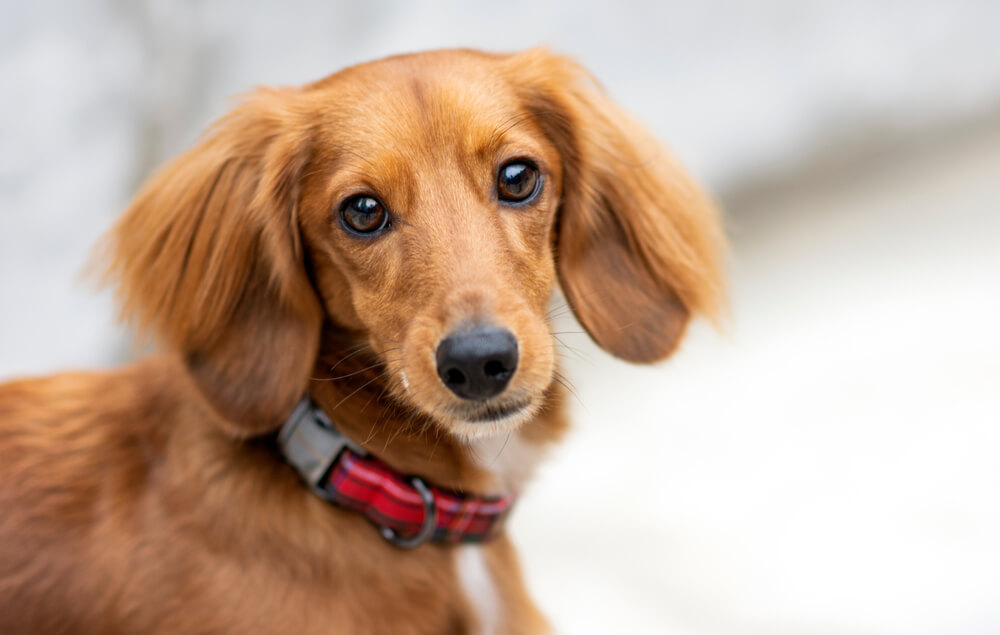 Introduction to Things You Didn’t Know About the Dachshund

Everybody knows the dachshund is a cute little dog, right? Cute, and little and a dog, of course.

In fact, the Dachshund originated in Germany, where the breed was developed to hunt rabbits, hare, and other small mammals.

Their long bodies allow them to fit into small holes, making them perfect for burrowing animals.

In fact, the Dachshund is the only dog breed that cannot walk backwards, and their large feet help them dig down burrows.

The Dachshund has been called a sausage dog, a wiener dog, a hot dog and a frankfurter, and has been loyal companions to humans for centuries.

And how can you not love something that looks so similar to a human?

The Dachshund is a small breed that was bred to hunt badgers and other burrowing animals.

The standard Dachshund is the original larger breed, and is the largest of the three types.

The Miniature Dachshund is the smallest, and is often referred to as the toy variety. 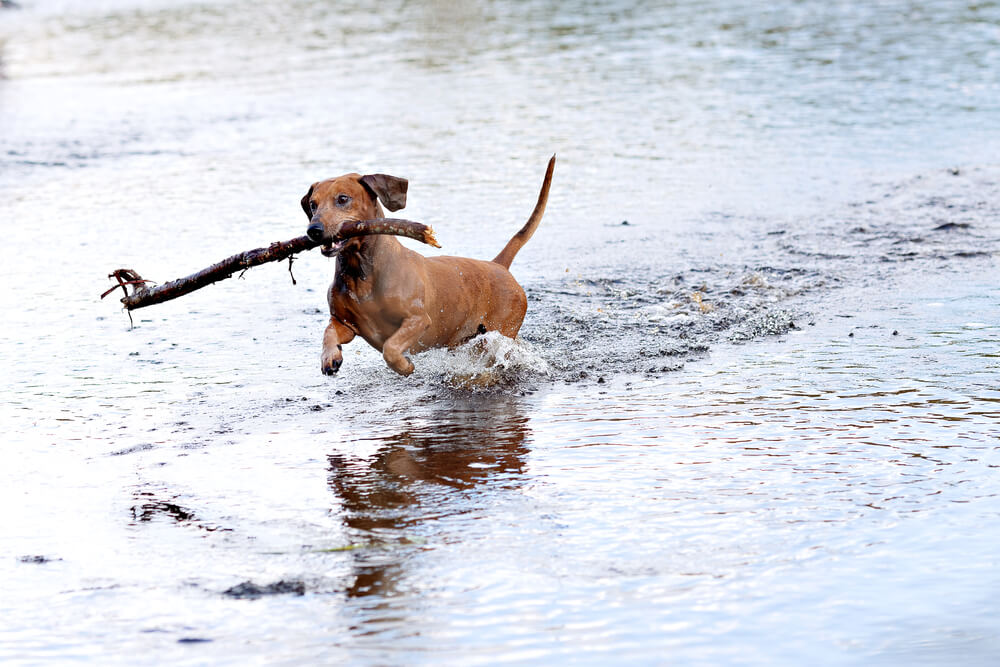 The name Dachshund is actually German for badger dogs. Dachshunds short legs keep them low to the ground to track scents, and their narrow bodies allow them to crawl into burrows, looking for badgers.

Despite their small size, Dachshunds are brave and fierce. Over time, they were bred in different varieties to hunt different kinds of prey.

While they are also known as wiener dog or sausage dog, another common name that is used for dachshunds is badger dog.

The word dachshund comes from the German language, where the breed originated.

Dachs means badger, while hund means dog, so the literal translation of Dachshund to English is Badger Dog.

Interestingly, Americans shied away from calling them badger dogs in the post-WWII era to disassociate it from its German origins. 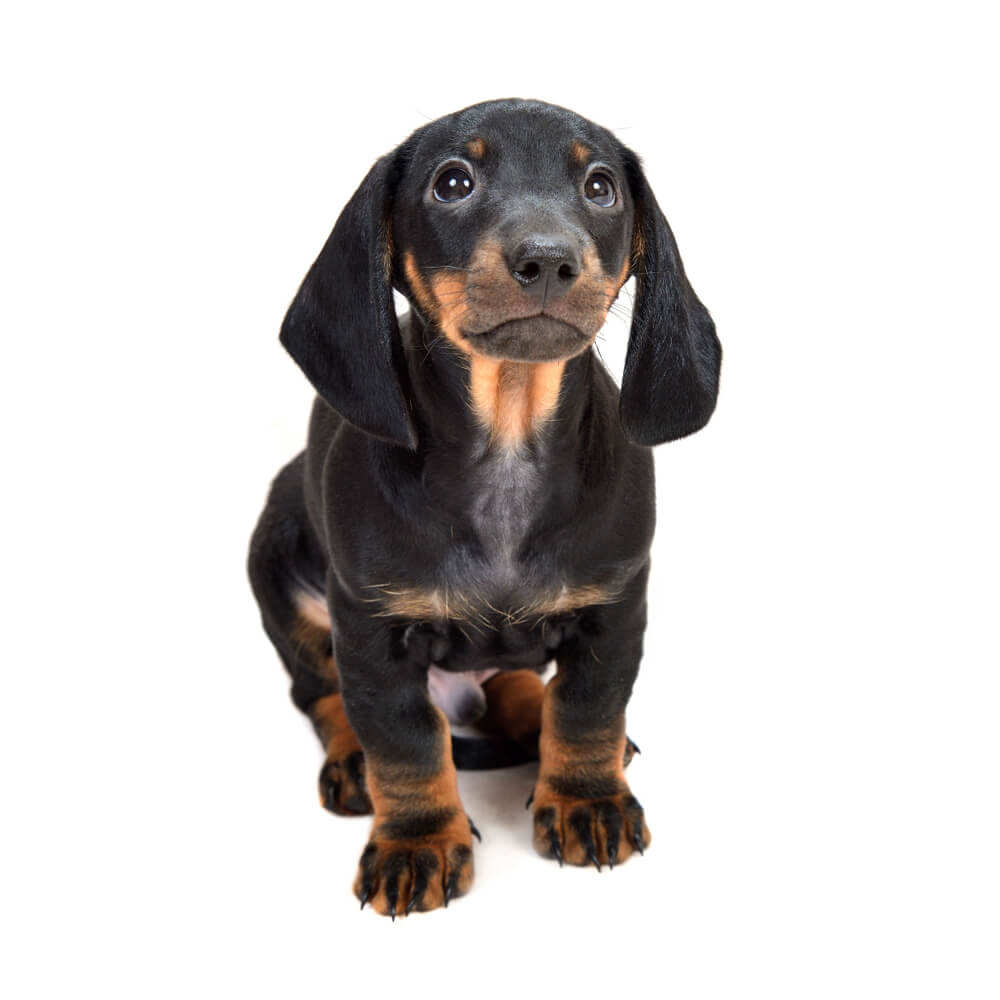 Dachshunds were associated with Germany during World War I because they were used in a lot of propaganda, and Kaiser Wilhelm II had a well-known love for Dachshunds.

This association led to a decline in the breeds popularity in America.

To counteract this effect, the AKC tried rebranding Dachshunds as badger dogs, the translation of their German name, or as liberty pups. 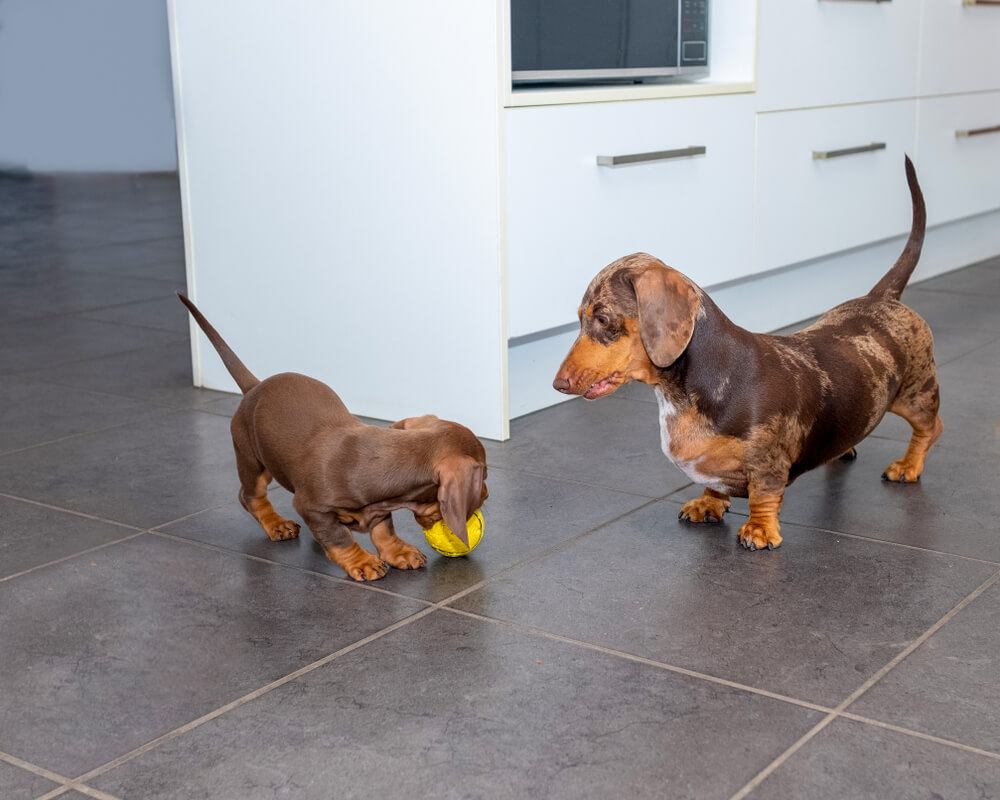 The standard Dachshunds weigh up to 35 pounds and were used to hunt badgers and wild boars.

The miniatures weigh up to 11 pounds and under. 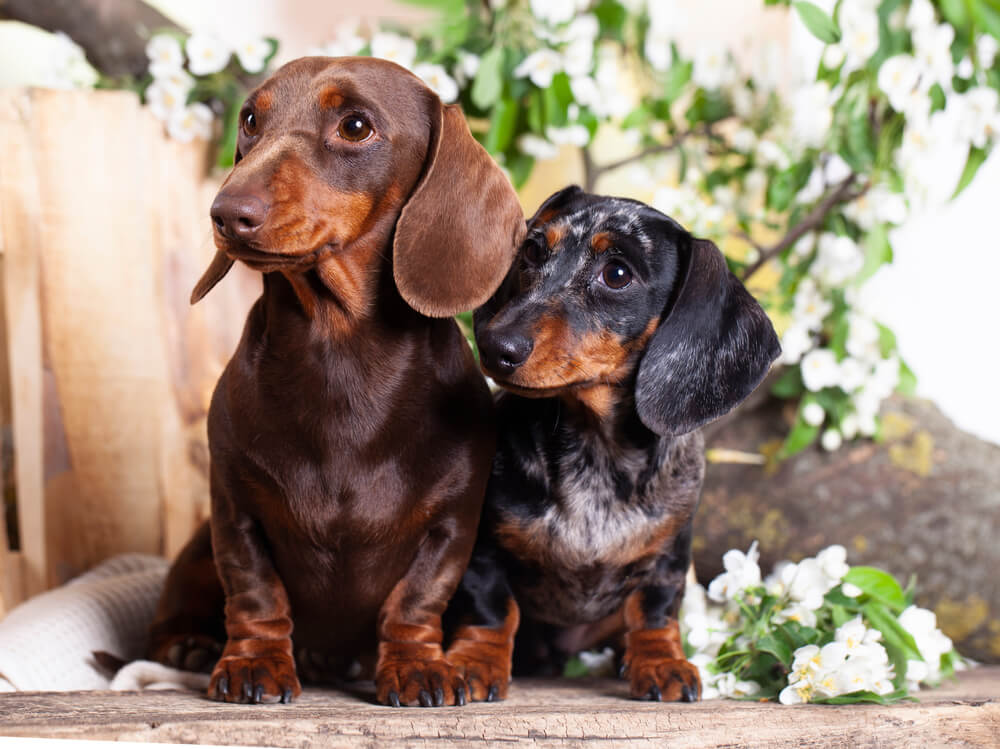 Dachshunds can have smooth, wirehaired, or longhaired coats.

All Dachshunds used to have smooth coats, and the smooth variety is still the most popular.

Breeders probably crossed smooth Dachshunds with other dog breeds to produce the two other coat varieties. 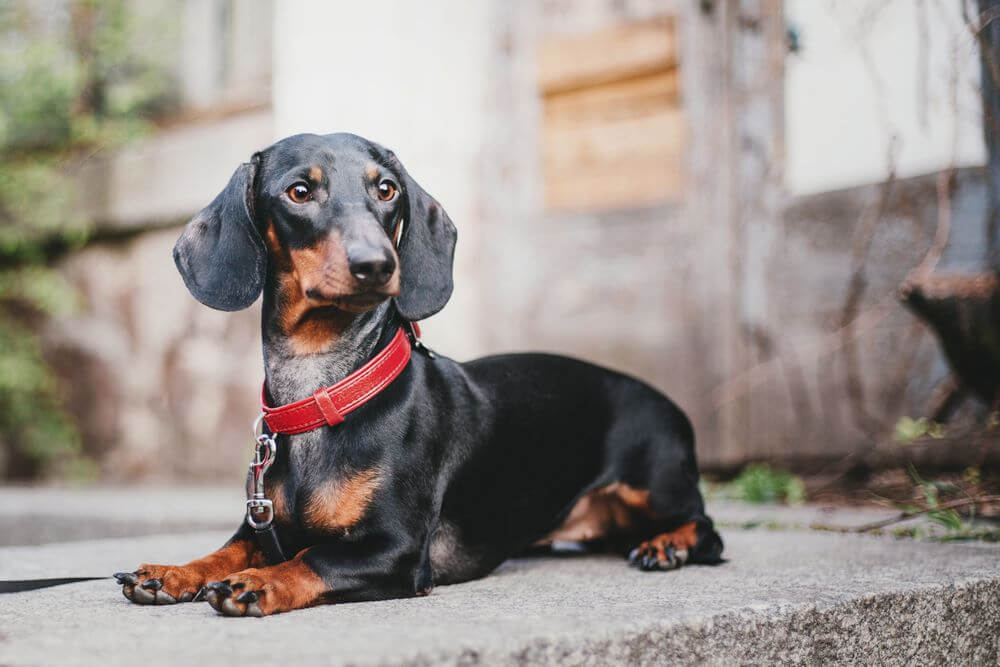 Dachshund Was the First Olympic Mascot

Waldi was the name of the first-ever Olympic mascot, which was modeled on a dachshund and was introduced in the 1972 Munich Olympics.

This was the first time the Olympics had a mascot.

Olympic officials actually plotted that years marathon route in the shape of a Dachshund.

But thats not the only reason dachshund holds an important place in Olympic history.

During these games, the Olympic Marathon route was designed in the shape of the dachshund dog Waldi. 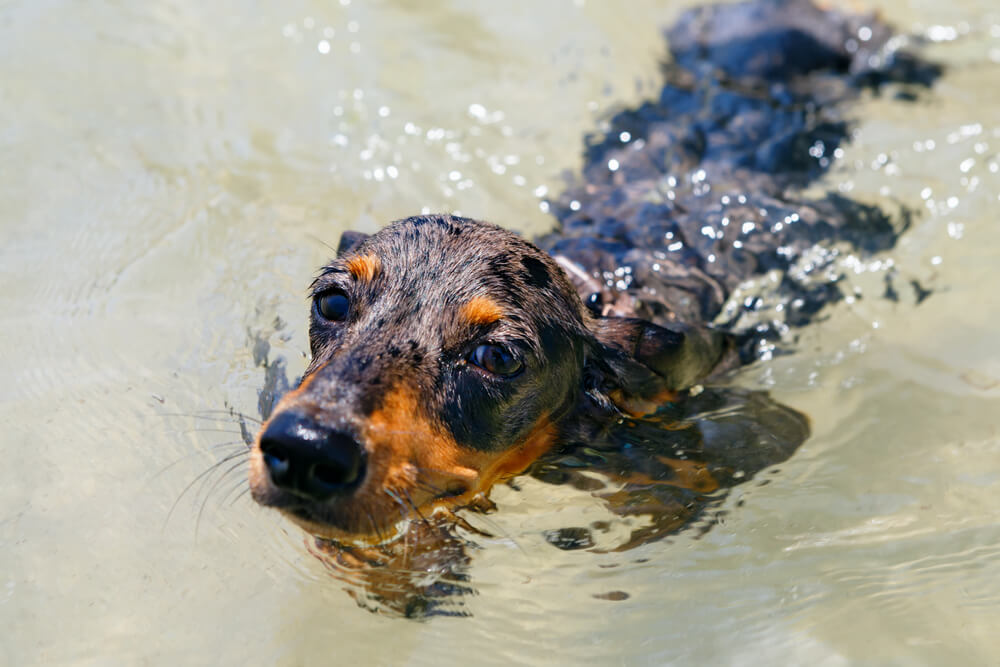 Dachshund races started in Australia in the 1970s and have since spread around the world.

The Wienerschnitzel Weiner Nationals have been going on every year in Southern California since 1995.

Its not a very serious sport, since Dachshunds were never meant to be racing dogs, but it sure is a hoot. 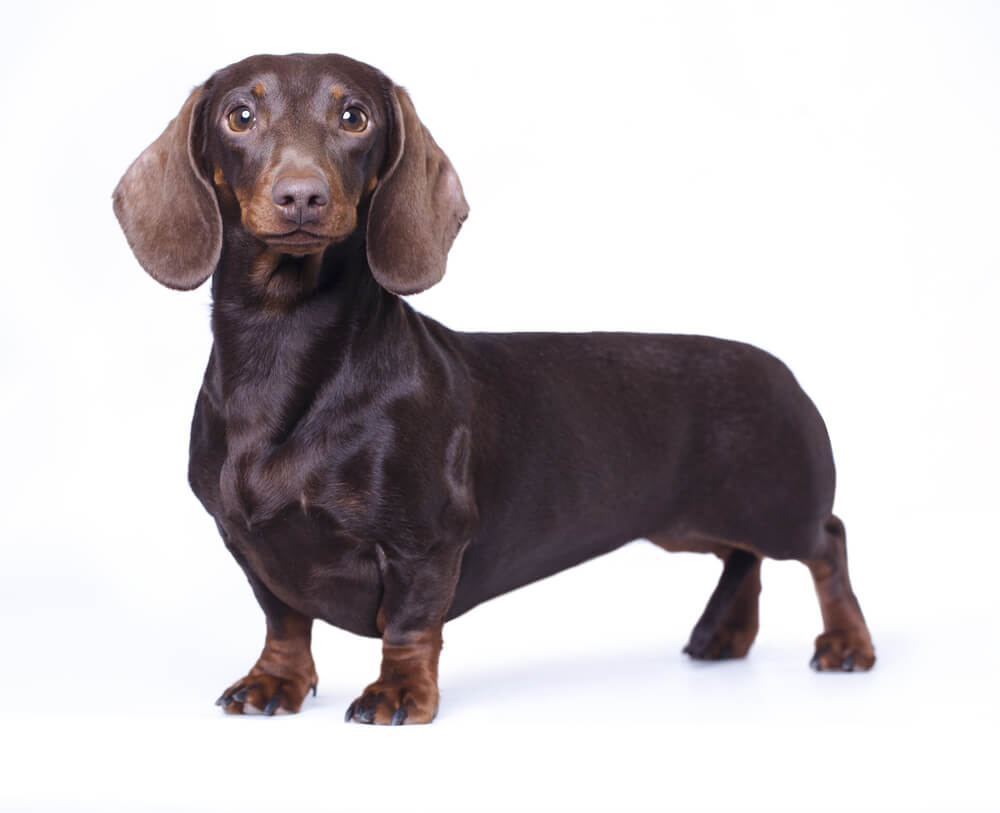 The Dog, Not the Hotdog, Came First

But would you believe that the original name for the hotdog was the Dachshund sausage?

The deli product was so-named because it resembled the dog breed. The name was later shortened to hotdog. 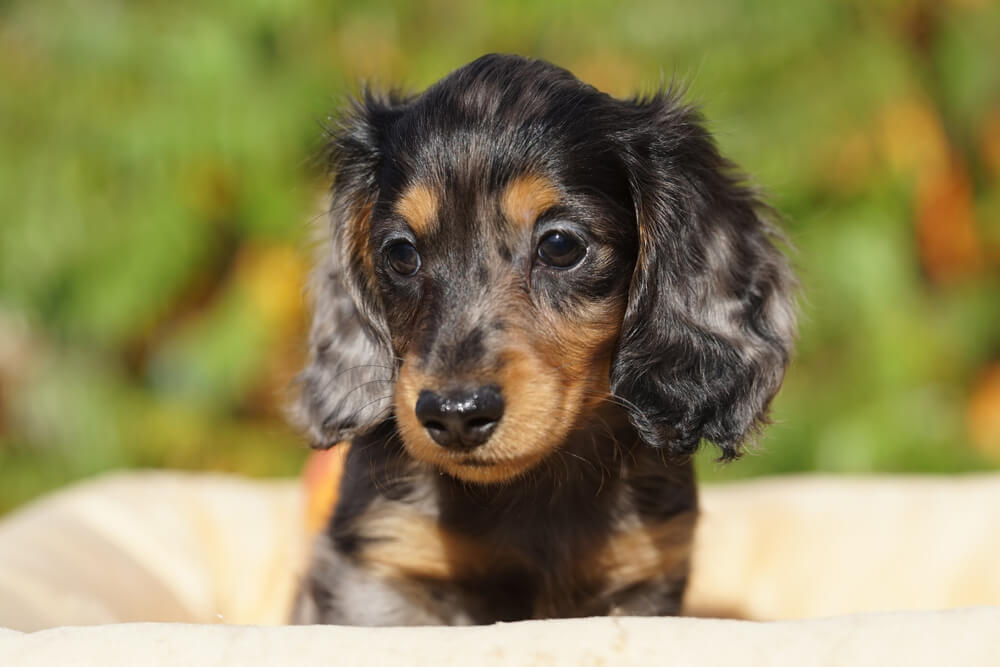 The first British dog to be successfully cloned was a Dachshund named Winnie.

Winnies owner entered a contest to win the chance to have her dog cloned a procedure which would usually cost over $60,000.

Scientists took a skin sample from Winnie and created Mini-Winnie.

Her owner says Mini-Winnie looks exactly like Winnie looked when she was a puppy.

Mini-Winnie is quite healthy and is expected to live a long life. 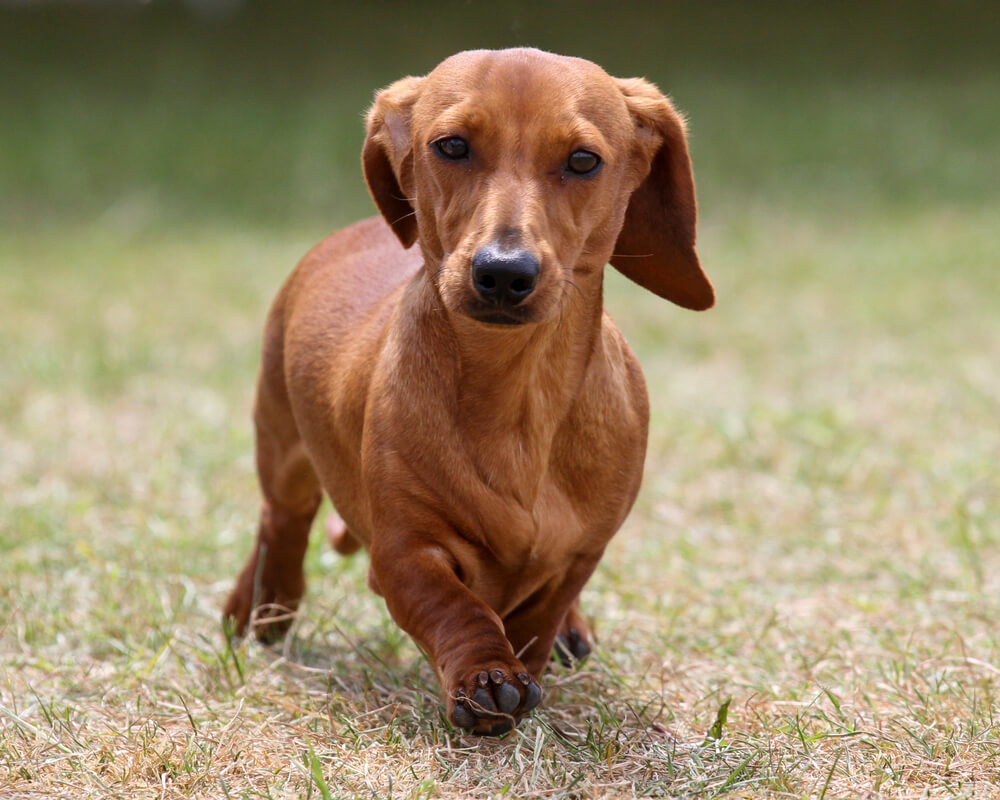 Two Dachshunds Have Been the

Dachshunds typically live 12-to-15 years longer than most dog breeds, of the 23 dogs to hold the Guinness World Record for oldest living dog, two have been Dachshunds and one a Dachshund mix.

A Doxie named Chanel held the record until 2009, when she died at 21 years old.

A 20-year-old Dachshund-Terrier cross named Otto then held it until 2010. In 2013, another Dachshund named Scolly, who also lived to be 20, held the title.